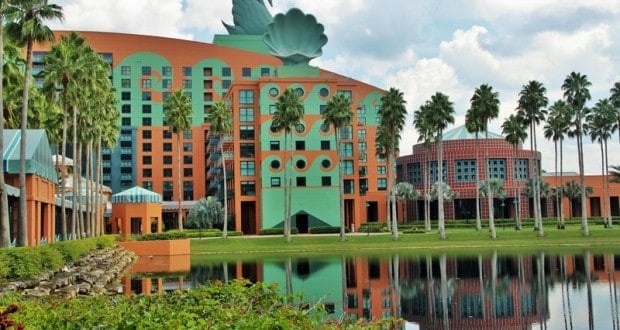 We have learned from The Orlando Business Journal that there is a new hotel planned to be added to Walt Disney World Swan & Dolphin Resort.  Walt Disney World Swan & Dolphin Resort is owned by Tishman and Metlife Investment Management.  The new hotel is expected to be a 14 story hotel, featuring 349 guest rooms and is expected to be built where the tennis courts currently reside.  Daniel R. Tishman said the following about the expansion is key to “expanding the Walt Disney World Swan and Dolphin Resort and to marking the next chapter in our decades-long relationship with Disney. This expansion is an exciting continuation of our commitment to delivering a best-in-class experience for all resort guests, and is consistent with our recent enhancements of the Dolphin lobbies and resort guestrooms.”

Of the 349 guest rooms, 198 of them will be traditional rooms and 151 of the rooms will be suites.  There will be meeting spaces and the resort will be equipped with some of the newest technology that is available.  The resort will also have a pool deck, health club, restaurant and lounge.    The meeting space will make up over 21,000 square feet of space and is expected to be located on 3 of the 14 floors.  Guests will be able to view fireworks at Epcot and Disney’s Hollywood Studios from the top floor of the hotel, too!

At this time, construction is expected to be complete sometime in 2020 for the new hotel tower to officially open.  We will keep you posted on the progress and as more details are announced.

What do you all think of another resort coming to the area?