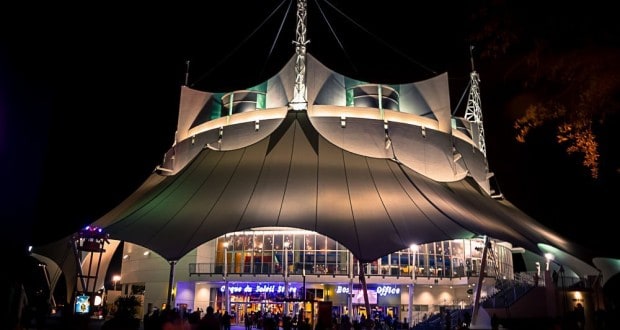 We previously announced that La Nouba by Cirque du Soleil would perform its last show at Walt Disney World on December 31st, 2017.  We have also learned that beginning on November 2nd, 2017 there will be two performances on Thursdays.  The performances are scheduled to be at 6 PM and 9 PM on the Thursday nights.  This schedule is set to run through December 31st, 2017 for the last night of performances.

Jerry Nadal, Senior Vice President of the Resident Shows Division for Cirque du Soleil, previously said this about the show closing, “We are incredibly proud of the success that La Nouba has had for nearly two decades.”  He went on to say, “We want to thank Walt Disney World Resort for a wonderful relationship over the years.  We look forward to announcing what’s next for Cirque du Soleil.”

If you are hoping to buy tickets to see the show while you still can, you will also want to know that the box office will be open from 11 AM until 11 PM on Tuesday through Saturday and 11 AM until 9 PM on Sunday and Monday.  There will also be no performances of La Nouba by Cirque du Soleil on Tuesday, November 14th, 2017, so plan accordingly if you will be in the area.

We don’t have official confirmation as to what we can expect to replace La Nouba by Cirque du Soleil, but we will keep you posted as we learn more.