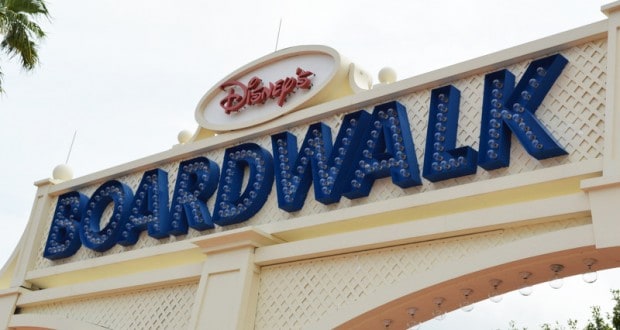 Disney has announced that Trattoria al Forno at Disney’s Boardwalk in Walt Disney World will offer a new “Royal Couples” character breakfast.  The characters will be popular Disney couples like Rapunzel and Flynn Rider (Tangled), Ariel and Prince Eric (The Little Mermaid), and possibly others with the character line-up changing from time to time.  There are no details on pricing or menu plans, but we do know that the attraction is expected to open in spring of 2017.

Check out our article 6 Secrets about Disney’s Boardwalk by Paula Below:

Disney’s BoardWalk Inn is a deluxe resort that is located in the Epcot Resort Area. It’s based on the famous boardwalks of yesteryear at places like Atlantic City and Coney Island. If you’re hungry, there are plenty of choices. You can enjoy anything from a quick cupcake at BoardWalk Bakery to fine dining at Flying Fish. There is also a working microbrewery. The main pool is Luna Park Pool, which features a water spraying elephant and the chance to slide through a clown’s mouth. (Some kids find the giant clown to be a little bit scary.) If you’ve never stopped by Disney’s BoardWalk, plan to make it a priority on your next Walt Disney World vacation, even if you’re staying elsewhere. Here are six secrets that you may not know about Disney’s BoardWalk.

In keeping with the boardwalk theme, you can play carnival games in the evenings. Launch a lobster into a pot or make a basket and win a prize, it’s as simple as that. If you don’t end up with a souvenir for your little ones that way, consider having a caricature drawn. Look for Mike; he’s incredibly talented and you’ll be thrilled with the results.

During the day Disney’s BoardWalk is a great place to take a walk and maybe head to Ample Hills Creamery for delicious ice cream. In the evening, everything changes. The area comes alive at night. Street performers entertain crowds for free from 7:00-10:00. (If the weather is bad, check for them inside the hotel). Some nights there will be a movie under the stars. You might want to stop by AbracadaBar for a drink, it is usually open until midnight. For the 21 and up crowd only there are two nightclubs; Jellyrolls and Atlantic Dance Hall. Jellyrolls features dueling pianos. Atlantic Dance Hall allows guests to dance to the hottest hits from the 1980’s through today. There is no cover charge at Atlantic Dance Hall, but there is at Jellyrolls.

Want to watch the fireworks from IllumiNations and not have to use a day from your theme park ticket? Head to the bridge that is past ESPN Club, and you’ll have a great view. You can also watch the fireworks from Disney’s Hollywood Studios when they have a show, and if the night is clear you might also be able to see Wishes in the distance. There is also a natural show that you can watch in the sky from Disney’s BoardWalk. Often the sunsets over Crescent Lake are incredible.

Location is important when it comes to saving time on a Walt Disney World vacation, and Disney’s BoardWalk has one of the best locations imaginable. You can walk to both Epcot and Disney’s Hollywood Studios! The International Gateway entrance to Epcot is a short walk away, which makes it convenient if you want to beat the morning crowd or take a break in the middle of the day. The walk to Disney’s Hollywood Studios is a little bit longer, the path is approximately a mile long. It’s an easy, flat walk, and there’s some shade. If you don’t want to walk you can take a Friendship boat to either park. At Disney’s BoardWalk you’re also not far from Fantasia Gardens and Fairways Miniature Golf. You can walk there from the resort as well.

The lobby at Disney’s BoardWalk Inn is alone with the trip, especially if you love history or knickknacks. When you enter the lobby, look up immediately. You’ll see the “Hippocampus Electrolier”. It’s a chandelier that features mythical beings that are half sea creature and half horse. There is a miniature carousel and a model roller coaster. There are more chandeliers, an elephant hotel, and a couple of creepy human-faced chairs near the grand fireplace. Down the hall on the way to Belle Vue Lounge there are two working Kinetiscopes. Many of the items and pictures have small plaques that will give the name or a brief history. If you’re looking for secrets at Disney’s BoardWalk, you’ll find plenty of them in the lobby and nearby public areas.