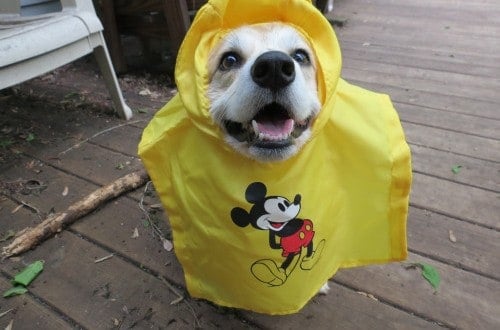 It looks like we may have bad news for those of you out there who liked the idea of having your dogs stay in your resort with you at Walt Disney World. This dog-friendly program may not be picked up after October and may come to an end.  We announced previously that select Walt Disney World Resort hotels would allow dogs to stay at select resorts for an additional fee.  This program was offered as a pilot program that would run for a year, which started October 2017 and ends in mid-October 2018.  Disney is currently advising guests that the Dog-Friendly Program is scheduled to end and has not been extended at this time.  Current reservations that were made with dogs on them will be honored as long as guests check in by at least October 15th, 2018.

Here is a look at the dog-friendly resorts and nightly rates if you have a dog stay in your room with you:

We still have a little while until October, so it is very possible that the program could be extended or modified in order to meet the findings during the pilot program.

Who has tried out the Dog-Friendly Program and brought their dog with them to Walt Disney World?