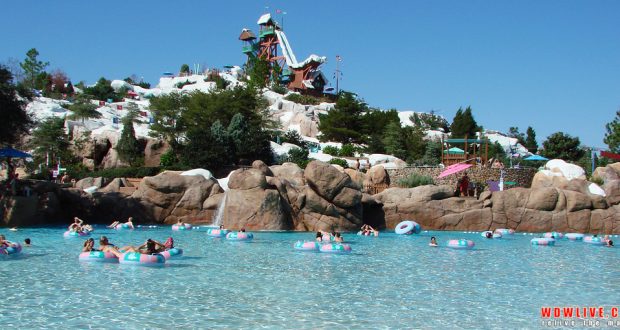 Disney Parks Blog has announced that on July 29th that the Club Penguin Island mobile game will have a presence at Blizzard Beach Water Park at Walt Disney World.  During this event, there will be various events  taking place at the park that are all themed around Club Penguin Island.  According to Disney Parks Blog, some of the activities will include a penguin splash competition that will be located in the Ski Patrol area.  There will also be coloring contests and a “snowball” toss done with water balloons.  There will also be other amazing games, activities and treats that haven’t been announced yet.  Disney Parks Blogs will release more details about the event closer to time.

If you want to check out the Club Penguin Island game, you can download the game on your various mobile devices.  The game requires a $4.99 monthly subscription to play via App Store or Google Play. The event seems to be a promotional event for the game, that is also a fun theme to play out at Blizzard Beach.  The event is for one day only, scheduled for July 29th.  So if you want to check it out, you will want to make sure to head to the water park on that date.

Who out there is considering attending this event?  How many of you play Club Penguin Island?  We would love to hear what you think about the game!

2017-07-04
Christy Caby
Previous: 9 Rookie Mistakes At Epcot And How To Avoid Them
Next: Walt Disney World Plans Turnstiles for ESPN Wide World of Sports