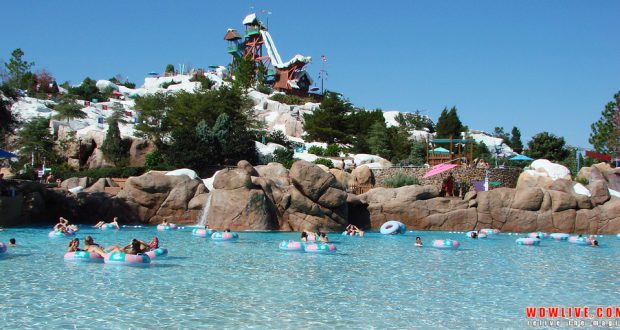 Blizzard Beach water park at Walt Disney World is expected to be closed on Monday, April 16th, 2018 per their website.  This is suspected to be due to cooler temperatures coming to the Central Florida area.  The current schedule online shows that the park will re-open on Tuesday, April 17th with usual operating hours.  Typhoon Lagoon currently shows as being open during this time and unaffected by the news of the cooler weather.  It is very likely that due to the temps,  Disney expects water park crowds to be far fewer and only feels the need to keep one of the water parks open.

The water parks typically close when the temperatures are expected to be too low to be comfortable, but in this case it could just be that there isn’t enough expected traffic to justify keeping two water parks open.  We have seen several different water park and resort pool closures throughout Walt Disney World over the last couple months.  Many of the pools and some attractions are heated, so they are still enjoyable depending on how cool the temps are. Disney keeps guest safety in mind as well as the operational costs.

It is weird to think about cooler temperatures descending upon Florida in April.  Would you prefer the heat or the cooler temps if you were there?