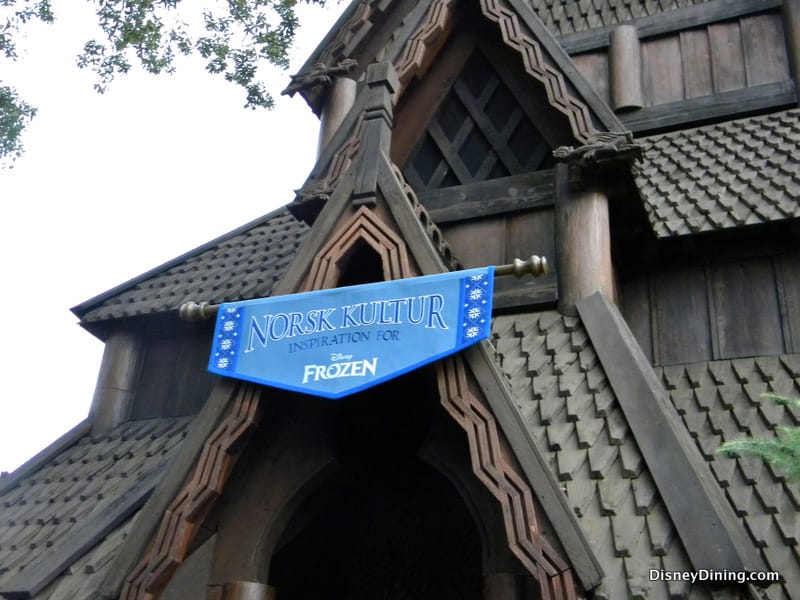 The Stave Church Gallery is located in the Norway Pavilion within the World Showcase at Epcot.  This area within Walt Disney World has been the home to a Frozen display for quite some time now.  The event is known as “Norsk Kultur” inspiration for Disney’s Frozen.  Within the gallery at the pavilion there is a variety of artifacts that are featured.  You will find outfits, building models, art, etc.  We have learned that this attraction will be removed from the Stave Church Gallery with a new attraction scheduled in its place.  “Norsk Kultur” is scheduled to close on March 12th so that work can begin on setting up the new display.  This new display is said to be a “Gods of the Vikings” display.  It will feature exhibits centered around the popular Viking gods like Thor, Odin, Loki and Freyja.  There will also be Viking artifacts on display.

If you are curious about what a Stave Church is or what that means, this verbiage can be found on a sign outside of the Stave Church:  “Named for their wooden stave planks, Norway’s iconic stave churches were constructed using many of the same techniques used to build Norwegian ships.  To help protect the medieval structures against the harsh winters, master craftsmen designed the churches with steep rooflines and elevated them onto stone foundations, which prevented the staves from rotting in the wet ground.  The result is a beautifully preserved church, like the replica that stands before you today.”

What do you think about this change coming to the Norway pavilion?