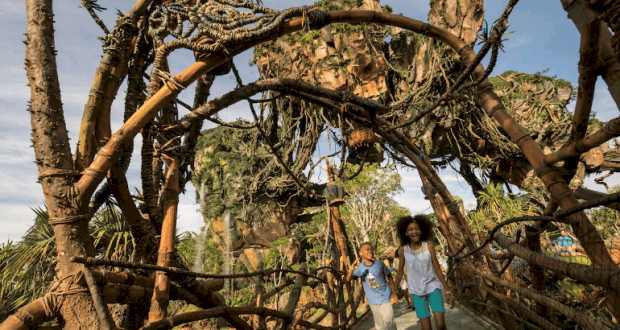 We are so excited that Walt Disney World has announced additional Extra Magic Hours for Disney’s Animal Kingdom.  It is now official that there will be Extra Magic Hours every night through August 19th.  With the popularity of the opening of Pandora – The World of Avatar the attractions have held consistently long lines and maintained a high level of popularity.  The land is expected to maintain this popularity for a quite some time.  With the additional traffic to the area, Extra Magic Hours has become a huge perk for resort guests, and allows them a less crowded opportunity to experience the new, immersive land.

Extra Magic Hours is one of the incentives that guests get from staying at a resort on Walt Disney World property.  The park will either open early or stay open late only for resort guests.  If you don’t have a Magic Band linked to a resort reservation then you won’t be able to do anything within the park during Extra Magic Hours events.  With Animal Kingdom’s Extra Magic Hours, the park will stay open later into the evening allowing resort guests to enjoy the bio-luminescent surroundings of Pandora.  It is a great opportunity and probably the best time to visit the land.  This allows resort guests to enjoy other parks or attractions during the day and then visit Pandora at night.

Who will be visiting Walt Disney World between now and August 19th?  Who plans to take advantage of these newly announced Extra Magic Hours for Pandora – The World of Avatar?