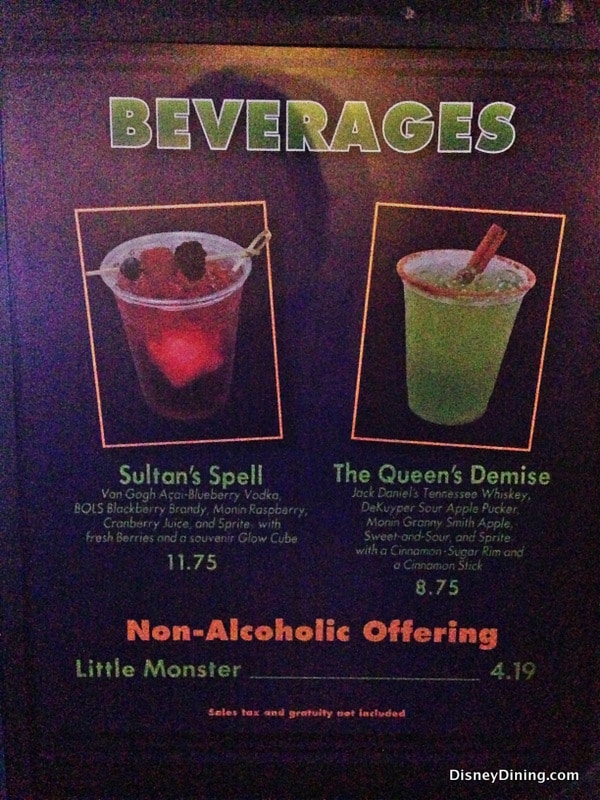 While other Disney guests partied with Mickey at Mickey’s Not So Scary Halloween Party this past Friday the 13th, guests at Hollywood Studios were treated to the Limited Time Magic event Unleash the Villains which took place from 8 P.M. to 1 A.M. The event included special meet and greets with 13 of Disney’s most evil villains, a dance party hosted by the Lord of the Underworld himself, Hades, and a fireworks show entitled Villainy in the Sky.

By the time I arrived at the park Hades and Meg had already started the party, and the house band was playing a mix of 80’s rock. The band was great; they kept the energy going until the thirteenth hour! Fans may have noticed that the band looked and sounded a bit familiar, and that’s because it was the beloved Mulch, Sweat, and Sheers band! The band switched off with DJ Iggnite who played remixes of more current music.

Guests were packed down Hollywood Boulevard to get up to Hades’ Hangout, the main stage of the event, where the band was playing. Hades invited Cruelle De Ville, the Big Bad Wolf, Governor Radcliffe, Frollo, the Sheriff of Nottingham, and Dr. Facilier to dance with the crowd throughout the night.

The meet and greet was set up around Echo Lake. By my arrival time around 9 P.M. the line had snaked around the lake, making it clear it to me that I would not be meeting any villains unless I wanted to spend upwards of an hour waiting in line. The villains that were out included: The Evil Queen, Shan-Yu, Bowler Hat Guy, Maleficent, Oogie Boogie, and Jafar.

There was general pandemonium due to what was clearly a larger crowd than Disney had anticipated, as well as an understaffing problem. I saw Cast Members from the Great Movie Ride and The Muppets doing their best to help manage the crowd. At 9:30 P.M. a large portion of the park behind the hat was closed off to allow for fireworks set up, making the crowd situation seem much worse.

In honor of the event there were tents set up near the hat serving special beverages. These drinks included the Sultan’s Spell, Queen’s Demise, and the non-alcoholic Little Monster. I got the Sultan’s Spell, which was made of Van Gogh Acai-Blueberry vodka, BOLS blackberry brandy, Monin raspberry syrup, cranberry juice, and Sprite. The $11.75 drink included a Glow Cube. The cocktail was rather sweet, and dangerously drinkable. It was a very refreshing drink after waiting around a huge crowd all evening.

Other special treats for the night were the Spooky Kooky gingerbread cookie, a Skull Apple with cherry flavored candy coating and green milk chocolate, and a caramel version of the apple. Unfortunately, the gingerbread cookie was sold out long before I got to Sweet Spells, which had a line out the door practically all night. Only a few candy apples remained, so we snagged one of those. The chewy, sweet candy coating was delicious against the crisp, tart apple.

The highlight of the evening was Villainy in the Sky. The fireworks display was the best that Disney has ever put on. A variety of different fireworks were timed perfectly against a backdrop of villainous musical selections that included Flight of the Valkyrie from Fantasia, The Cave of Wonders from Aladdin, Stampede from Lion King, Hellfire from The Hunchback of Notre Dame, and for the finale a medley of pieces from Pirates of the Caribbean.

While Disney had many logistical difficulties, the event was very popular among guests. Disney will hopefully take note of this and have more villain-centered events in the future! 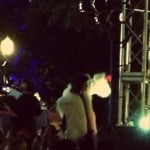 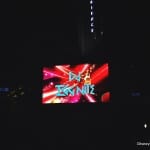 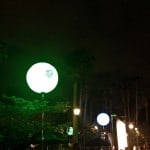 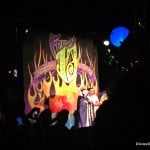 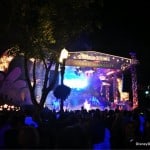 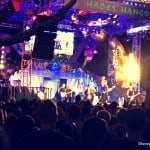 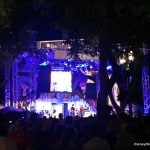 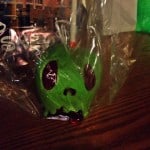 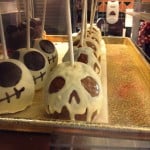 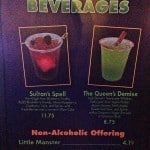 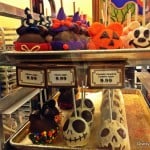 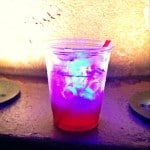 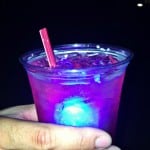