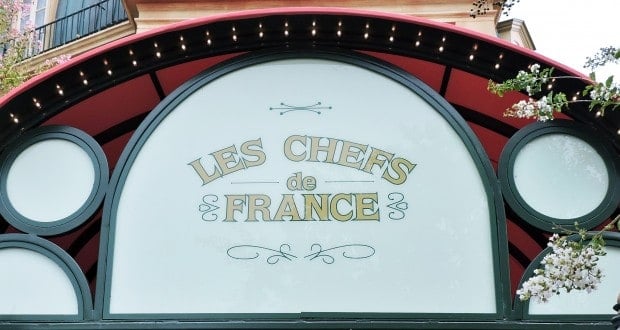 We are so excited to learn that two of Walt Disney World’s very own pastry chefs were honored to be added to the list of “Top 10 Pastry Chefs in America”.    The list comes from Dessert Professional Magazine.  The chefs that were honored were Stefan Riemer and Olivier Saintemarie.

Stefan Riemer is the executive pastry chef for the Walt Disney World Parks & Resorts Culinary Development team.  He learned his trade in Europe at various schools and restaurants.  He joined Disney’s elite culinary team in 1999.  He is part of the team that creates the pastry menus and brands for various restaurants, including opening new restaurants like Amorette’s Patisserie and The Ganachery, both located at Disney Springs.

Oliver Saintemarie is the executive pastry chef for the Chefs de France and other restaurants that are located at Epcot’s France pavilion in the World Showcase.  He learned his trade in Europe at various schools and restaurants.  He started his career with Disney at the Disney Cruise Line, starting in 1999.  He moved to the Epcot park in 2014 where he is the primary overseer for breads and pastries for all of the locations at the France pavilion including:  L’Artisan des Glaces, Les Chefs de France, Monsieur Paul and Les Halles Boulangerie-Patisserie.

Congrats to the well-deserved chefs!  We appreciate all you do and sampling your delicious treats!

2017-06-28
Christy Caby
Previous: #DisneyParksLIVE Will Host Live Stream of Walt Disney World’s The Music of Pixar Live!
Next: Walt Disney World and Other Parks to Replace Wench Auction Scene in Pirates of the Caribbean