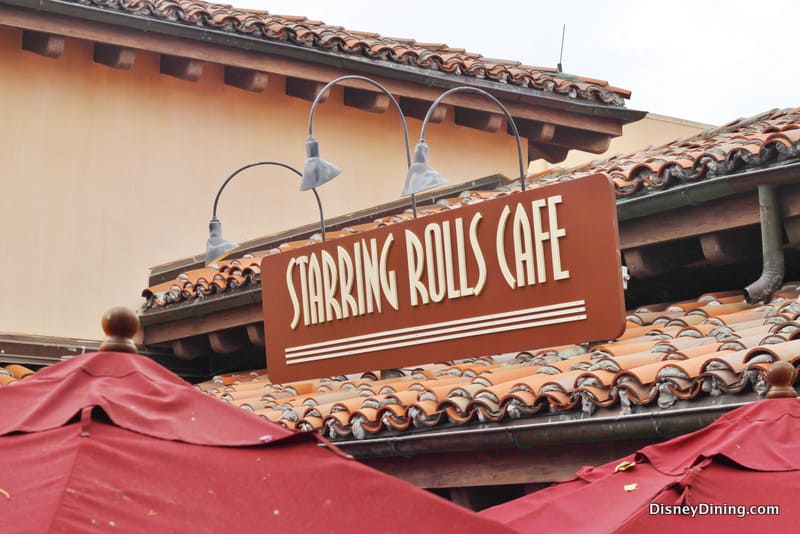 We previously reported the very sad closure of Starring Rolls Cafe in Disney’s Hollywood Studios at Walt Disney World.  The popular restaurant may be closed, but you still have the opportunity to get your hands on some of the delicious cupcakes from the location.  Trolley Car Cafe on Hollywood Boulevard is now serving some of the favorite cupcakes including the ever popular Chocolate Peanut Butter Crunch Cupcake.  Trolley Car Cafe is located very close to where Starring Rolls used to be located and is also the location where you can get your favorite Starbucks drinks.

There have been a lot of closures around Disney’s Hollywood Studios.  Many of these have been to make room for new and different attractions and lands at the park as part of an effort to completely re-theme the area.  We have no information yet as to whether or not something will re-open at the location where Starring Rolls was.  We will keep you posted as soon as we hear anything about the future of this area.

Check out our article 6 Reasons We Love Going Back to Hollywood Studios Below:

Not everyone knows a lot about the attraction One Man’s Dream, but it’s essentially the Walt Disney story. But this attraction also switches out upcoming movie sneak peaks throughout the year. This gives guests a unique first look at the next big Disney hit! In the past the clip has been a ten-minute preview of the beginning of the movie and leaves you wanting more! This is a very cool perk that shouldn’t be forgotten!

While this can’t always be true, of course, Hollywood Studios does tend to be a less crowded Park. Hollywood Studios has some big attractions that usually draw the most people. This leaves the rest of the park and the “smaller” rides pretty free. I haven’t experienced many days in this park where I am fighting other people just to walk in a straight line, whereas I almost always feel like this in Magic Kingdom. I love that Hollywood Studios has breathing room.

Star Wars is such a huge deal nowadays, and Hollywood Studios is the only park that guests can truly experience this! With more and more Star Wars movies and merchandise coming out, going back to Hollywood Studios is more important than ever. And expansions to the park are going to up this ante even more!

I adore Pixar. And Hollywood Studios has Pixar Place, for crying out loud! So if guests want to get their Pixar fix, this is the right park. And since Pixar is such a growing, thriving part of Disney, there are always going to be new things popping up and more reasons to go back. Disney has announced expansions for this part of the Park, too, so obviously a visit back will be very necessary!

Streetmosphere is a fantastic key element of Hollywood Studios that always changes. This is a prime reason to always go back! The Streetmosphere actors are so fun and make sure to engage guests in silly and ridiculous entertainment. Because of the different actors and skits and the very nature of impov comedy, the show is different each and every time they are out and about.

1. Slip Into Something Classic

Magic Kingdom has a lot glitz and glamor going for it. But there’s something about the classic feel of Hollywood Studios that I always seem to crave. From the recently reimagined Hollywood Boulevard that ends with the famous Chinese Theatre to the swing music that plays all around, this park is nothing but classic. Sometimes it’s nice to revel in the past and Hollywood Studios does it best.