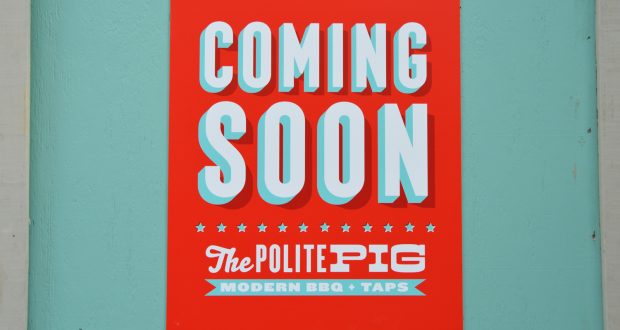 Although it’s been well over a year since Downtown Disney officially became Disney Springs, there are still changes taking place. The shopping and entertainment district is mostly finished, and it looks fantastic. If you haven’t checked it out yet make sure that you stop by on your next trip to Walt Disney World. Here are seven changes to Disney Springs for 2017. Some have already taken place. Any dates given for the rest have been provided by Disney.

The parking situation at Disney Springs has improved greatly and the two garages are a hit. There are still times, though, when it can be difficult to find a space, so a third parking garage is on the way. The change here is more construction, because that is slated to begin later in 2017. It is projected to be finished in 2019. This garage will probably not be as popular as the other two, since it will be across the street and you’ll have to use the pedestrian bridge. Still, a far spot on a crowded day is better than no spot at all. The new garage will accommodate 2,000 cars, and will use the same system as the Orange and Lime Garages.

Characters in Flight…Operated by Aerophile is like a landmark for some guests as they approach Walt Disney World. Seeing the giant red and yellow tethered balloon is almost like a “Welcome Home!” sign in the middle of the I-4 traffic. In early January, 2017, the attraction shut down for refurbishment and returned a few days later, sporting a new design in shades of blue. The characters are gone from the new balloon, but it has kept the same name. (Maybe Disney thinks that the riders are now the characters?) The ride itself hasn’t changed, it still lasts 8-10 minutes and will take you 400 feet in the air. Another change is the price, it now costs $20 for adults and $15 for children. Deals can sometimes be found online, and you might also be able to save if you ride when it first opens.

In Winter Park, FL there is a popular restaurant known as The Ravenous Pig. Disney Springs is about to get its own location, but fitting into the district’s theme this one will be called The Polite Pig. The menu will feature grilled and wood-fire smoked creations. There will also be locally brewed beers on tap, as well as wines and cocktails. The Polite Pig will seat 200 guests, and will be located in the Town Center area of Disney Springs. It is slated to open in Spring, 2017.

With the relaxing feel of Disney Springs, it is not surprising that a wine bar is set to open this coming Fall. Wine Bar George will be located in The Landing. George in this case is George Miliotes, who is one of only 230 Master Sommeliers on the planet. If his name sounds familiar, that’s because George Miliotes is no stranger to Walt Disney World. He was part of the team at California Grill when it first opened back in 1995. There will be over 100 vintages available at Wine Bar George, and small plates will be sold to compliment the wine. The location will also host special events and guest winemakers from around the world.

It feels like it has been ages since Planet Hollywood closed at Downtown Disney’s West Side. On January 27, 2017, it will finally reopen, as Planet Hollywood Observatory. The refurbished location features an out of this world menu that includes several creations by celebrity chef Guy Fieri. There’s a 4,500 foot video wall, an outdoor patio, and a nightly DJ. The star of the new menu could be the milkshakes, such as the Strawberry Big Bang. It’s a strawberry milkshake with sprinkles on top; as well as a piece of birthday cake.

There are some Walt Disney World fans who will never forgive Disney for closing Fulton’s Crab House. If you are not one of them, you will want to give the updated version a try. Paddlefish is supposed to open Fall, 2017, in The Landing. The date has been pushed back before, but since some menu details have been released there’s a good chance that the timeframe won’t change again. The new menu will be “modern seafood-centric”, according to Executive Head Chef Mark Boor. Fresh seafood will be featured, as well as beef, chicken, and meatless dishes. Fans of Fulton’s Crab House, don’t despair. The Lobster Corn Dogs will still be available, as well as several of the crab dishes and the fillet mignon.

There is a lot of buzz going around concerning The Edison. That is because no one is quite sure what to expect. The original version in Los Angeles “Celebrates an era of invention and imagination – the blending of science, art, and industry” according to the restaurant’s website. Disney Parks Blog previously promised that “The Edison at Disney Springs will be dedicated to a resurgence of old-world style, sophistication and romance. Themed to a 1920s-period electric company, the space will recall an exuberant era of invention and imagination. With 35-foot ceilings and a range of themed areas to explore, The Edison will feature nightly entertainment including contortionists, palm readers, DJs and more.” The opening is listed by Walt Disney World as Spring, 2017, but that could be pushed back. The Edison will be located in The Landing.