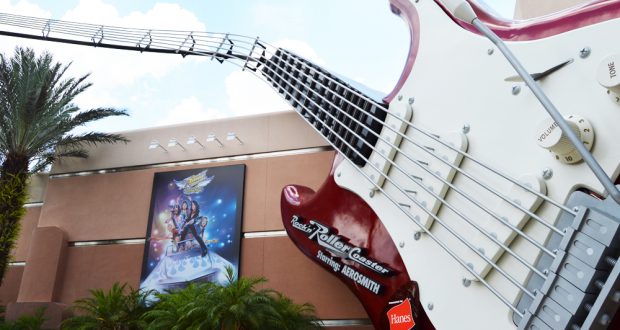 Top 6 Attractions You Must Hit At Disney’s Hollywood Studios

Hollywood comes to life in stunning detail and amazing experiences in one of the four theme parks in Walt Disney World. Disney’s Hollywood Studios brings the glitz and glamour of Hollywood to life through amazing attractions, entertainment, dining, and shopping. Guests who spend time in the park can enjoy experiences like entering into The Twilight Zone, rocking out with Aerosmith, laughing along with the Muppets, becoming part of classic movie scenes, shrinking down to the size of toys, and joining the Rebel Alliance. With so many amazing experiences that allow guests to feel like Hollywood stars, it can become overwhelming trying to decide which attractions in Disney’s Hollywood Studios are absolute must dos. From thrilling to classic, there are some attractions in the park which are so amazing they simply cannot be skipped. Here are the top six attractions that guests must enjoy when spending time in Walt Disney World’s Disney’s Hollywood Studios.

The first attraction that guests encounter in Disney’s Hollywood Studios can be found at the end of Hollywood Boulevard. The Great Movie Ride is housed inside a beautiful replica of the famous Grauman’s Chinese Theater and invites guests to step into some of the most famous scenes from beloved Hollywood films. Guests who board the journey through the movies can enjoy checking out classic moments from films like Casablanca, Indiana Jones and the Raiders of the Lost Ark, the Wizard of Oz, Singing in the Rain, Mary Poppins, Fantasia, and Public Enemy. With so many amazing scenes exploring all of the genres of film, guests are sure to love experiencing the Great Movie Ride.

An attraction that some guests may overlook in Disney’s Hollywood Studios is one that actually shouldn’t be missed! Muppet Vision 3D can be found in the Muppet Courtyard section of the park and invites guests into the zany world of the Muppets. The 3D show showcases the Muppets’ laboratories where they have discovered the spirit of 3D. With plenty of over the top moments and big laughs like only the Muppets can create, guests are sure to find themselves laughing along throughout this hilarious attraction. Guests who enjoy Muppet Vision 3D should be sure to not miss any of the preshow since it features tons of great jokes and humor before the main show even begins!

Rock ‘n’ Roller Coaster is a thrilling attraction which prompts guests to tap into their wild sides and rock out. It invites guests into G Force Records where the band is hard at work recording their next hit. Instead of leaving their fans behind, they invite them to a concert across town. Guests soon find themselves strapped into a super stretch limo that blasts from zero to sixty in seconds and rockets them through the neon lights of downtown to make it to the concert on time. With each super stretch limo featuring dozens of speakers and rocking Aerosmith music, guests are sure to absolutely love each experience on The Rock ‘n’ Roller Coaster Starring Aerosmith.

Fans of the Star Wars universe are in for the ultimate experience while visiting Disney’s Hollywood Studios. Star Tours – The Adventure Continues has guests board a typical Star Tours flight which soon takes an adventurous turn when it is discovered that a Rebel Spy is on board. Guests then move through a series of randomized 3D scenes which feature familiar characters and locations from the Star Wars series. With different sequences each time and big thrills, guests are sure to love returning to Star Tours – The Adventure Continues many times.

One of the eeriest attractions in all of Walt Disney World can be found nestled at the end of Sunset Boulevard in Disney’s Hollywood Studios. The Twilight Zone Tower of Terror invites guests into the Hollywood Tower Hotel where five guests disappeared mysteriously one fateful night years ago. Guests soon find themselves on board a service elevator headed for the same fate in The Twilight Zone and at the mercy of the tower. With elevator doors that open and shut while dropping and lifting guests, The Twilight Zone Tower of Terror is one of the most thrilling and beloved attractions in Disney’s Hollywood Studios.

One of the most popular attractions in Disney’s Hollywood Studios magically shrinks guests down to the size of toys and brings them into the Toy Story universe. Toy Story Mania invites guests to shrink down to the size of some of their favorite characters and don 3D glasses to compete in a series of midway carnival games hosted by Woody and the gang. Each midway game is completely different but the goal is the same: score big! Guests love to experience Toy Story Mania time and time again to see is they can beat their best score and gain bragging rights!

2017-01-02
Caitlin Kane
Previous: Choza Tequila Coming to Walt Disney World at Epcot
Next: 6 Attractions You Must Hit At Magic Kingdom