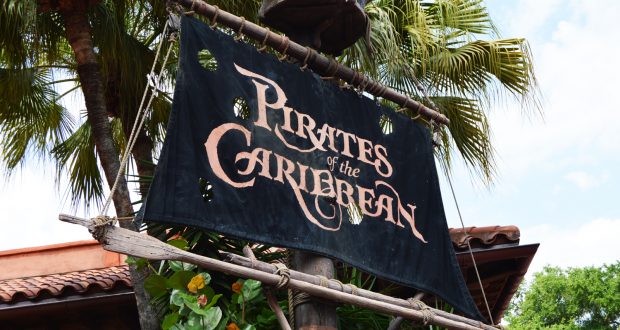 No Walt Disney World vacation is complete without spending lots of time in the beloved and classic Magic Kingdom. The wonderful park opened with the Walt Disney World Resort in 1971 and is filled with classic and thrilling attractions, entertainment, dining, shopping, and much more. Guests who spend time in the Magic Kingdom can explore wonderfully themed lands which transport them to different places in time and imagination. With so much to see and enjoy in the park, there are certain experiences which are so magical that they simply can’t be missed. Here are the top 19 experiences to enjoy at Walt Disney World’s Magic Kingdom.

Guests who spend time in the Magic Kingdom’s Adventureland have to enjoy a ride on the world famous Jungle Cruise. The attraction has guests board boats guided by the corny and hilarious skippers as they set sail for some of the most exotic and adventurous rivers of the world. Along the way guests can enjoy some great humor in addition to jungle creatures, temple ruins, a head salesman, and the iconic backside of water.

18. Pirates of the Caribbean

Also found in Adventureland is the beloved Pirates of the Caribbean. The attraction has guests tap into their inner swashbucklers and set sail on the high seas with pirates including Captain Jack Sparrow. Guests who enjoy the attraction can sail through eerie caves, a thrilling battle, and the chaos of a burning seaside village that is being ransacked by the pirates.

An underrated attraction in the Magic Kingdom that shouldn’t be missed by guests is Walt Disney’s Enchanted Tiki Room. The show brings guests into a small theater where birds, plants, and tikis come to life above to serenade guests with tropical and entertaining songs. With beautiful music and plenty of entertaining moments, guests should definitely not skip Walt Disney’s Enchanted Tiki Room.

Frontierland in the Magic Kingdom is home to a duo of thrilling mountains, the first of which is Big Thunder Mountain Railroad. The runaway mine train attraction brings guests into the mining town of Tumbleweed where there are thrills and danger around every corner. Big Thunder Mountain Railroad offers up beautiful views of the surrounding areas and is a great attraction that guests can enjoy.

The other mountain found in Frontierland is Splash Mountain which follows the adventures of Br’er Rabbit who is constantly trying to avoid being captured by Br’er Fox and Br’er Bear. Splash Mountain features many charming audio-animatronic figures and plenty of big splashes including a final thrilling drop down into the Briar Patch below.

One of the most iconic attractions in the Magic Kingdom is the Haunted Mansion which can be found in Liberty Square. The Haunted Mansion brings guests on a tour of the eerie manor house where nine hundred and ninety nine ghosts cause all sorts of creepy effects and moments. With lovable characters and wonderful scenes, the Haunted Mansion is a classic that should not be missed.

Fantasyland is home to many beloved attractions in the Magic Kingdom including Peter Pan’s Flight. The attraction sprinkles guests with pixie dust and invites them to take to the skies to soar high over London and Neverland with Peter and the Darling children. Featuring favorite moments from the classic Disney animated film, Peter Pan’s Flight is a favorite of many guests.

Found just across from Peter Pan’s Flight in Fantasyland is It’s A Small World. This attraction is the happiest cruise that ever sailed which invites guests to travel across the world through massive scenes depicting singing audio animatronics that represent countries and continents from around the world. Guests love this classic attraction which features the catchy song “It’s A Small World (After All).”

One of the newest attractions in the Magic Kingdom is the Seven Dwarfs Mine Train which can be found in New Fantasyland. The attraction brings guests on a thrilling journey into the mines where the dwarfs spend their days collecting precious gems. With thrills and beautiful views of the surrounding area, guests simply love to enjoy a ride on the Seven Dwarfs Mine Train.

10. Under the Sea – Journey of the Little Mermaid

Also found in Fantasyland is Under the Sea – Journey of the Little Mermaid which brings the animated tale of Ariel to life. Guests can board pink clamshells and dive under the sea to experience classic moments from the story like Ariel turning into a human and her wedding to Prince Eric.

Storybook Circus is home to an attraction which is considered a rite of passage by many guests. Dumbo the Flying Elephant invites guests to join in the fun and whimsy of the circus and take to the skies with Dumbo as he soars high above the circus tent and fountains. The attraction offers beautiful views of Storybook Circus and New Fantasyland and is considered a traditional first Disney ride by many guests.

Those who are looking to have a dizzying time can head over to the Mad Tea Party in Fantasyland. The whimsical and silly attraction is inspired by the Mad Tea Party scene in Alice in Wonderland and has guests board larger than life teacups which they can spin to their hearts’ content. With dizzying fun and lots of energy, the Mad Tea Party is a great experience to enjoy in the Magic Kingdom.

Tomorrowland in the Magic Kingdom aims to immerse guests in an intergalactic space port and features a thrilling attraction which launches them into space. Space Mountain invites guests into Starport 75 where they can board rockets and blast off into outer space for a thrilling adventure in near darkness.

Those who are looking to help defeat the Evil Emperor Zurg should head over to Buzz Lightyear’s Space Ranger Spin for the chance to join Star Command. The attraction arms guests with laser blasters and has them take aim at targets to collect points and power to help keep the galaxy safe. Guests love to visit Buzz Lightyear’s Space Ranger Spin to see who can reach the highest score and earn bragging rights.

A classic attraction which dates back to the 1964 New York World’s Fair can be found in the Magic Kingdom’s Tomorrowland. Walt Disney’s Carousel of Progress has guests follow one family throughout an entire century to showcase how progress can make everyday life more convenient. Guests who are looking to enjoy a classic attraction should definitely enjoy a showing of Walt Disney’s Carousel of Progress.

An underrated attraction which should definitely not be skipped in the Magic Kingdom is the Tomorrowland Transit Authority PeopleMover. This highway in the sky brings guests on a relaxing journey high above Tomorrowland where they can enjoy beautiful views, people watching, and glimpses into attractions like Buzz Lightyear’s Space Ranger Spin and Space Mountain.

Each afternoon, the Magic Kingdom features a whimsical and entertaining parade which runs down Main Street and through Liberty Square and Frontierland. The Festival of Fantasy Parade features catchy music, kinetic floats, entertainers, and plenty of beloved Disney characters like Belle, Anna, Elsa, Mickey, and Minnie. Guests who want to enjoy the parade should definitely find a spot early on as it is a very popular experience.

The Magic Kingdom features a wonderful fireworks show each night which lights up the skies high over Cinderella Castle. Wishes Nighttime Spectacular features beautiful fireworks set to Disney music accompanied by a narration by Jiminy Cricket and a flight by Tinkerbell.

The final experience that guests simply must enjoy in the Magic Kingdom occurs after the park has officially closed for the night. The Kiss Goodnight happens at Cinderella Castle and features a special speech thanking guests for spending their day in the park. The speech is accompanied by lovely music and a special lighting feature on Cinderella Castle which is the perfect way to end a magical day in the Magic Kingdom.

2016-06-12
Caitlin Kane
Previous: 4 Things To Do At Night At The Magic Kingdom
Next: How Well Do You Know Disney’s Hollywood Studios?