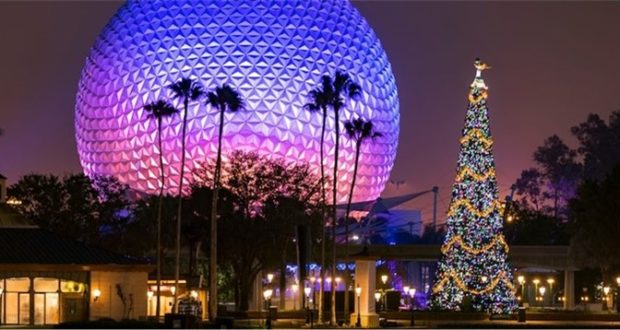 Top 10 Reasons Why You Should Visit Walt Disney World as Soon as You Can Do It Safely, Holiday 2020 Edition

The holidays this year are different at Walt Disney World. There is no Mickey’s Very Merry Christmas Party. The Candlelight Processional is not taking place. Even the gingerbread houses are not around. That doesn’t mean that the holidays aren’t magical. Instead of focusing on what isn’t there, think about what is. There are decorations everywhere, lots of Christmas music, and plenty of ways to get into the spirit of the season. The holidays at Walt Disney World run through December 30. Here are ten reasons why you should include Walt Disney World in your plans this year, if you can do it safely. Remember to check the travel restrictions in your state before you finalize your plans.

The extras have not returned to the resorts this year. That means no gingerbread houses or carousel. That doesn’t mean that the resorts are plain. You’ll find plenty of Christmas trees and other decorations. The trees are just as beautiful as you had hoped. You need to be staying at a resort or have a dining reservation in order to park there, but there are other ways to get to the resorts.

The Christmas Tree Trail at Disney Springs has been a big hit since it debuted several years ago. That can’t be done safely this year, so instead it has been converted into the Christmas Tree Stroll. The themed trees have returned, but they’re placed throughout Disney Springs. Pick up a free map, find the tree and the corresponding sticker, and locate all the trees. You can then turn the map in for a prize. It’s a fun, no cost way to have some extra magic, and you might see “snow” during your search.

The tree at Disney’s Hollywood Studios used to stand outside of the park. A couple of years ago, the decision was made to place it in Echo Lake, and the results are still magnificent. Dinosaur Gertie becomes Santa Gertie, and there are giant ornaments in the water. It’s beautiful during the day, but spectacular after dark.

There’s another reason why you need to stay at Disney’s Hollywood Studios after the sun has gone down. The Hollywood Tower Hotel is transformed into the Hollywood Holiday Tower Hotel. It’s not quite Sunset Seasons Greetings like the past few years, but it is still something that you do not want to miss. The lasers and snow are gone, but there are still festive projections. There are four different scenes, each one lasts five minutes. If you stand close enough, you can hear the screams of those who are dropping 13 stories. It’s a strange effect, but it works.

Check the hours before you make your Disney Park Pass reservation, because you will want to visit Disney’s Animal Kingdom when it is open after dark. At 6:00 the Tree of Life comes alive! There is a short projections show that is must-see. After that there is a winter scene on the park’s icon. Discovery Island itself is beautiful after dark, with the luminaries that were introduced last year, plus lit up birds and other touches. You’ll want to visit Disney’s Animal Kingdom after dark anyway, because there is nothing quite like Pandora after sunset.

Character Cavalcades rolled out when the parks reopened, they offer guests a safe way to see characters. These short “parades” don’t run on a published schedule, so they don’t draw crowds. They are very popular. For the holidays, there are Christmas Cavalcades. Your favorite characters are all dressed up for the holidays. Arguably the best are at the Magic Kingdom, where you can see reindeer, gingerbread men, toy soldiers, and other pieces of Once Upon a Christmastime Parade. There are also extra characters out and about in the parks, so keep your eyes open.

Sitting on Santa’s lap is not an option at Walt Disney World this year, but that doesn’t mean he’s hiding at the North Pole. In each of the four theme parks he has his own cavalcade. At Disney Springs, he and Mrs. Claus are enjoying Santa’s Winter Watercade. No matter where Santa is, he’s having a great time, calling out to the children who watch him as he passes by. There are plenty of “ho ho hos” to fill the air.

3) Taste of the Epcot International Festival of the Holidays, Epcot

Full festivals are not possible at Epcot right now. Instead, from November 27 until December 30 the park is celebrating the Taste of Epcot International Festival of the Holidays. There are plenty of Holiday Kitchens, so you can sample your way around the world, Christmas-style. There is added entertainment, including Voices of Liberty and Joyful! A Celebration of the Season. The Holiday Cookie Stroll returns, where you can receive a free cookie after purchasing five. These are just a few of the highlights of the modified festival.

If you want to forget your troubles for a little while, Main Street, U.S.A. at Christmastime is the perfect place to do it. The decorations for Halloween were scaled back a bit, but that is not the case for Christmas! From the tree to the decorations on the light poles, Main Street is as gorgeous as any other Christmas. It’s simply a must-see, like always.

Castle Dream Lights did not return this year. Instead, Disney decided to give guests a different type of magic. Each evening Cinderella Castle transforms into four different scenes. These are some of the best projections that you will ever see. They make the perfect backdrop for your holiday photos. Each scene will last 15 minutes, then it will transform into the next one. The front of Cinderella Castle is the iconic place to get your pictures, but don’t forget other spots. The two sides offer great backdrops, and the reflection in the water will add to your picture. Disney has not said what will happen on Cinderella Castle in 2021. This could be the only year to see these magnificent projections.