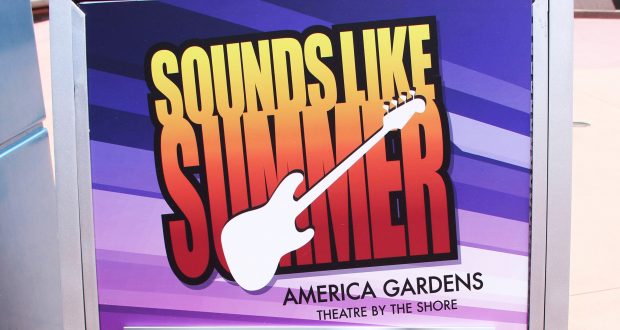 Wait…you haven’t booked a trip to Walt Disney World for this summer yet? What are you waiting for? Memorial Day marks the unofficial start of summer, and what a summer it’s going to be! There is something new happening in all four theme parks, at Disney Springs, and even at Disney’s Blizzard Beach Water Park! You don’t have to drop everything to experience all that is on this list, but you’d better not put your planning off for too long. Here are the top ten reasons to make a trip to Walt Disney World the highlight of your 2016 summer.

A few months ago Flying Fish Cafe closed for refurbishment at Disney’s BoardWalk. Many people did not know that Seashore Sweets, the candy and ice cream shop next door, was going to close as well. Candy is now being sold at the nearby Screen Door General Store, but there was a gap for anyone looking for something creamy and cold. That gap is now gone, with the May 15 opening of Ample Hills Creamery. It’s located next to ESPN Club, in the space that used to house the Arcade. This is the first Ample Hills Creamery to open outside of New York City, and it’s a perfect match for Disney’s BoardWalk. The freshest ingredients are used to create flavors like Baked/Unbaked, Malty Salty Pretzel Punch, and the Walt Disney World exclusive flavor Sally Sells Seashells. Ask for samples and discover your favorite. Ample Hills Creamery is a perfect fit for Disney’s BoardWalk, and you will learn just how good ice cream can be.

Ever since Disney’s Animal Kingdom opened in 1998 it has been considered by many to be a half-day park, since it would often close as early as 5:00pm. That is all about to change on May 27. That is the date that the park will first stay open until 11:00pm, and that is also the date when Nocturnal Encounters will open for Kilimanjaro Safaris. You’ve wanted to see the animals after dark, and this will be the first chance. Don’t worry, you won’t be looking out into the dark, lighting has been placed throughout the Harambe Wildlife Preserve to mimic sunset. Since the animals always act differently, you’ll want to experience this more than once.

An annual tradition returns to the American Adventure Pavilion on June 5. Sounds Like Summer is a concert series that features tribute bands. You’ll hear the music of acts such as Boston, Tina Turner, and Journey. There are three shows each night, weather permitting. Sounds Like Summer will run nightly from June 5 until July 23.

Dream Along With Mickey was the popular show that took place on the stage in front of Cinderella Castle. The show ran for years, and it closed back in April. A new show, Mickey’s Royal Friendship Faire, is set to open on the same stage in June. Mickey and some of his friends have been traveling to different places, and they’ve brought back other Disney favorites. Expect to see Mickey, Minnie, Donald, Daisy, and Goofy, as well as characters from Tangled, Frozen, and The Princess and the Frog. According to the Walt Disney World website, the show will debut on June 17.

For the past several months Soarin’ has been closed for a major overhaul, and the ride has been missed. Good news; Soarin’ is set to reopen on June 17! An extra theater will have been added, which will (hopefully) cut back on the ride’s Wait Times. There will also be a new projection system. The ride is expected to take guests to some of the world’s great wonders, including the Great Wall of China, the Pyramids of Egypt, the Eiffel Tower, the Matterhorn, and more. FastPass+ is already available, but they’re going quickly. If you can’t get a FP+, the updated ride is supposed to have an interactive queue.

A new full service restaurant within one of the theme parks is always welcome news, and that is what you’ll find at Tiffins. The flavors of Africa, Asia, and South America will be featured. Berbere-Spiced Lamb Chop with Mustard Greens, Miso-glazed Black Cod with Forbidden Rice in Steamed Bok Choy with Turmeric Sauce, and Hominy Succotash and Red Mole Sauce will be among the choices. There will also be an extensive wine list, featuring organic wines. Nomad Lounge will be next door if you’d prefer a drink and a quick bite. Both Tiffins and Nomad Lounge are slated to open on May 27, which will be a big day at Disney’s Animal Kingdom.

While the sting of the cancellation of Star Wars Weekends is still being felt by many fans, there are plenty of Star Wars based attractions at Disney’s Hollywood Studios. The current nightly fireworks show, Symphony in the Stars, is supposed to be replaced by Star Wars: A Galactic Spectacular on June 17. The new show is going to feature more than just fireworks. Video projection will bring worlds from the franchise to life on the nearby buildings, and a giant lightsaber will be created in the sky. Walt Disney World is trying hard to convince fans that Disney’s Hollywood Studios is still worth part of their vacation, and if Star Wars: A Galactic Spectacular is as grand as they claim it will be, it will be one more reason to stop by the park.

While the work is not yet finished at Disney Springs, things are getting closer. The highly anticipated Town Center is now open, and most Walt Disney World fans agree that it exceeds expectations. Sprinkles has already proven to be quite popular, especially for those with a sweet tooth. The bakery features gourmet cupcakes, including offerings for vegans and those with allergies. There is even a cupcake ATM! If you’d prefer a full meal, consider D-Luxe Burger. Classic, ground chicken, and veggie burgers are served, and you can order a side of hand cut fries and a gelato shake. Town Center opened on May 15, as did the Lime Parking Garage. Disney Springs is really taking shape, and this summer would be a great time to see all that is going on.

2. The Jungle Book: Alive With Magic

Rivers of Light is a nighttime show that is coming to Disney’s Animal Kingdom…sometime. An opening date of April 22 was announced and later recanted. It’s now listed as “coming soon” on the Walt Disney World website. Instead of just leaving fans with nothing, a temporary show is coming to the park. The Jungle Book: Alive With Magic will take place on The Tree of Life and will feature lights, music, and nods to The Jungle Book. While it may not be Rivers of Light, it will still be special. If you’d like to experience The Jungle Book: Alive With Magic for yourself, start making your plans. It opens on May 28, and there’s no word on how long it will be around.

Anticipation is high for Frozen Ever After at Epcot. The official opening date is currently listed as June 21, but opening dates have changed before. The Royal Sommerhus meet and greet area is supposed to open on that date at Epcot as well. You do not have to wait that long to experience Frozen. Head instead to Disney’s Blizzard Beach Water Park for the Frozen Games! You can choose Team Olaf or Team Kristoff, and there will be fun activities across the park. There will be Opening and Closing Ceremonies each day, and the two captains will be around to cheer their teams on. Frozen Games at Blizzard Beach will run daily, May 27-August 21. Participation is included with park admission.