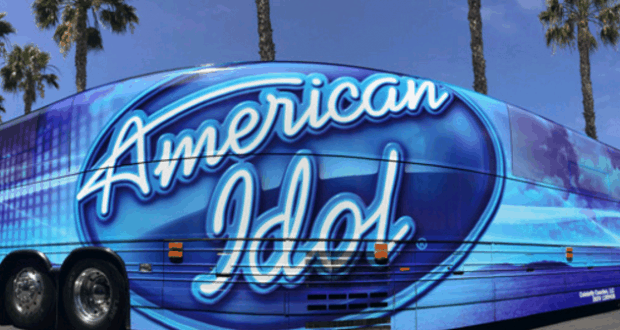 The first day of autumn might not officially arrive until September 22, but fall is in full swing at Walt Disney World. It is a great time of year to visit. Here are ten reasons why you need to head to Central Florida immediately.

In many parts of the United States fall brings cool days and cold nights. In Florida, the days are still warm, and the evenings tend to be comfortable. Sure, it’s the height of hurricane season, but that’s a chance you’ll take in many parts of the country. Fall foliage might not be as brilliant as in other areas, but fall flowers are beautiful, so there’s still plenty of color.

With kids back in school all over the country, the summer crowds are gone. There is no such thing as an empty day at Walt Disney World, but the lines are much more manageable now that fall is here.

American Idol is returning to television, this time it will be found on the Disney-owned ABC network. If you’d like your chance at being the next singing sensation, head to Disney Springs. There is a kiosk in Town Center where you can create an audition video. If you want that dream to come true you’d better hurry. The kiosk will be at Walt Disney World only through September 15.

While the first new land added to Disney’s Hollywood Studios won’t open until next summer, there are some small changes for the better that are taking place within the park. Starting September 8, Walt Disney: One Man’s Dream will become Walt Disney Presents. You’ll still be able to learn about Walt Disney’s life, but there are some welcome additions. Arguably the most exciting are the models of Toy Story Land and Star Wars: Galaxy’s Edge. Another change at the park is that Muppet Courtyard (or Muppets Courtyard, Disney tends to use both) will be renamed Grand Avenue. The new land will include part of the former Streets of America section, and the closed Writer’s Stop will become BaseLine Tap House. It’s still listed as “coming soon”, but it is expected this fall.

If you haven’t seen La Nouba or want to experience it one last time, you need to head to Disney Springs immediately. The unbelievable show ends its run on December 31. That may sound like you have time but remember, the closer it gets to the closing date, the harder it is going to be to get tickets. You’d better head to Walt Disney World right now, just to be on the safe side.

Mission: SPACE was closed for refurbishment earlier this year. It has reopened, and there are changes. The Orange Mission is still more intense. The video is better than ever, making you really feel like you’ve headed to Mars. The Green Mission now takes you on an orbit around Earth. Green has also lowered the height requirement to 40 inches. That means that more families will be able to enjoy the view.

4) Pandora – The World of Avatar

Pandora – The World of Avatar opened in May, and the crowds flocked to Disney’s Animal Kingdom to see what it was all about. Avatar Flight of Passage is now the most coveted FastPass+ option at Walt Disney World. The new land is still crowded, but it’s not as bad as it was in the middle of the summer. If you’ve been putting off that trip, you’ve waited long enough.

Disney Night of Joy is an annual two-night concert event that features the hottest acts in Christian music. It will take place September 8 and 9. For the second year in a row the concerts will be held at ESPN Wide World of Sports Complex. A variety of ticket options are available. The scheduled performers include Danny Gokey, TobyMac, Amy Grant, Kirk Franklin, Colton Dixon, Jordan Feliz, and Steven Curtis Chapman. This year, it’s hosted by fan favorite Matthew West. If you love Christian music, you’d better head to the airport now.

The Epcot International Food & Wine Festival started on August 31 this year, and it runs until November 13. You’ll find Global Marketplaces, seminars, demonstrations, and so much more. The Eat to the Beat Concert series has returned, with acts such as BaHa Men, Fuel, Air Supply, David Cook, American Authors, and Kenny G. The Epcot International Food & Wine Festival is included with park admission, although some things cost extra.

Mickey’s Not-So-Scary Halloween Party started on August 25, and it runs on select nights until November 1. The Magic Kingdom closes early, and the party begins at 7:00pm. There is a special stage show, a Halloween themed parade, and spooky fireworks. All ages can wear costumes, the guidelines are on the Walt Disney World website. There also is trick or treating for everyone, expect to get a ton of candy. Allergy friendly options are available so that everyone will be able to partake of the fun. Mickey’s Not-So-Scary Halloween Party is a separate ticketed event. If you haven’t been, make this the year.