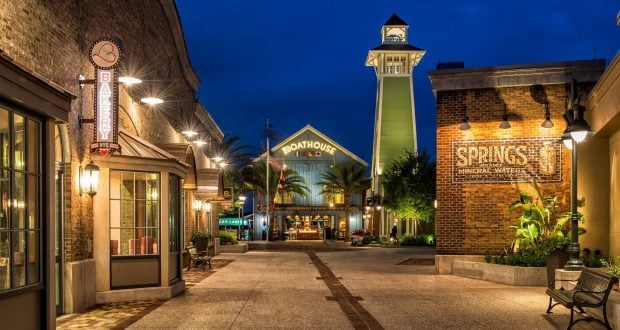 Disney Springs can be a bit confusing, especially if you have never been before. To help you better get around, there are four areas or lands to Disney Springs. They are West Side, Town Center, The Landing, and Marketplace. People tend to have a lot of questions and not understand what Disney Springs is all about. Here are ten of those questions, and the answers. These questions are general, for the most part.

10. What exactly is Disney Springs? And what about Downtown Disney?

Disney Springs is a shopping, entertainment, and dining district that is part of Walt Disney World. There are plenty of stores so that you can do all of your souvenir shopping. Restaurants range from snack kiosks to fine dining experiences. There’s live entertainment, bowling, movies, and plenty of surprises. Disney Springs used to be called Downtown Disney, but it was given a theme and the name was changed. You’ll still find Downtown Disney at Disneyland in California. 8. How much is parking? And how does parking work?

Parking at Disney Springs is free, unless you choose valet. There are several parking lots, or you can park in one of three parking garages. The garages are great because they have signs that will tell you how many spots are open on each level. Another nice thing about the garages is that you won’t get into a hot car on a sunny day. 7. How much is admission?

There is no admission fee for Disney Springs. There is plenty to spend your money on once you’re there, but you don’t need a ticket to enter the district.

There are some great ice cream options at Disney Springs. There’s the Haagen-Dazs Kiosk in West Side. Vivoli il Gelato is in the Landing. It’s the second location, the first is in Florence, Italy, and has been there for over 85 years. Erin McKenna’s Bakery NYC is also located in The Landing. While it’s a bakery and doesn’t focus on ice cream, it deserves a mention because they sell vegan soft serve. Arguably the best place to get ice cream at Disney Springs is Ghirardelli Soda Fountain and Chocolate Shop. Located in Marketplace, it features sundaes and other treats created with Ghirardelli chocolate.

4. Where is the bus to the theme parks?

There are a couple of rides at Disney Springs, but they are nothing close to the same scale that you will find in the theme parks. There is a small carousel, and also a train. Both are in Marketplace, and both are geared towards children. Over in West Side you’ll find Aerophile—The World Leader in Balloon Flight. It’s a tethered balloon that will give you a view of all of Walt Disney World.

Everything! A better question would be what are you in the mood for? You’ll find several types of international cuisine, recipes by celebrity chefs, burgers, pizza, crepes, sandwiches, BBQ, and plenty of other choices. Before you head to Disney Springs, look over the list of restaurants and their menus so that you’ll have an idea of where you’ll want to eat. Dining at Disney Springs is part of the fun.

1. What is World of Disney?

World of Disney is the flagship store at Disney Springs. It’s located in Marketplace, and it’s a destination of its own. World of Disney is the largest Disney merchandise store in the world. There is a wall of ears, more T-shirts than you can count, kitchen goods, Star Wars and Marvel merchandise, jewelry, princess gear, Disney plush, and countless other items. World of Disney recently underwent a major refurbishment, and there are now surprises around every corner. Get ready to take the money that you didn’t use for parking and spend it here. You’re sure to find something that will make the trip back home with you. 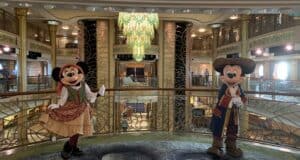 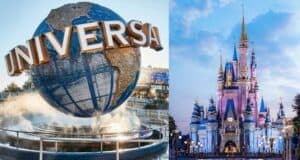