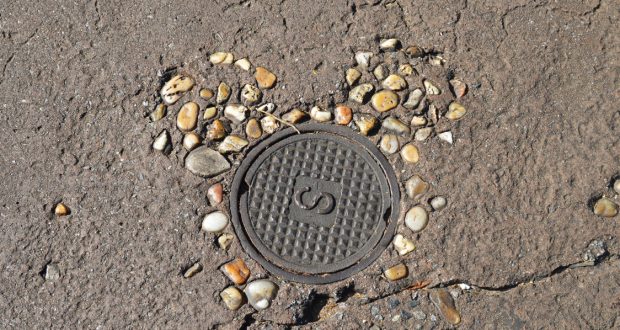 One of the most classic attractions in Walt Disney World is It’s A Small World in the Magic Kingdom’s Fantasyland. The attraction invites guests on the happiest cruise that ever sailed and showcases countries from around the world through lovable animatronic dolls. When moving through the room which showcases Africa, kids should be on the lookout for a large hanging purple vine whose leaves are massive classic Hidden Mickeys.

Adventureland in the Magic Kingdom is home to an attraction which features beautiful views of the park as well as whimsical details. The Swiss Family Treehouse invites guests to climb high up above to enjoy seeing how the Robinson family created their home on an island out of the resources that were available. Kids who reach the top can be on the lookout for a Hidden Mickey found in profile on the trunk of the massive tree.

8. Living with the Land

The Land Pavilion in Epcot’s Future World features an attraction which aims to teach guests about the versatility and resilience of the land. Living with the Land is a gentle boat ride which shows guests how the land can thrive in all sorts of conditions before bringing them through beautiful greenhouses filled with lush vegetation. Kids will love looking for a classic Hidden Mickey formed out of curled mesh wires in a series of tubes featuring creatures like eels and shrimp.

One of the most relaxing and underrated attractions in Walt Disney World can be found in the Magic Kingdom’s Tomorrowland. The Tomorrowland Transit Authority is the highway in the sky and whisks guests on a scenic tour of the land while offering glimpses into nearby attractions like Space Mountain and Buzz Lightyear’s Space Ranger Spin. One portion of the attraction features a scene where a futuristic woman is getting her hair done by a robot while waiting for her train. Kids can look for a classic Hidden Mickey on her red belt buckle.

Disney’s Animal Kingdom is a massive celebration of nature which aims to teach guests about the importance of conservation and preservation. Guests who visit the park love to enjoy the Tree of Life which acts as the park’s icon. The tree soars into the sky with plenty of vibrant green leaves and branches attached to a huge trunk which is intricately carved with hundreds of beautiful animals. Guests who are in the rear of the park and look at the back of the tree can spot a Hidden Mickey there. Kids should try and spot the hippo carved on the trunk and look for an upside down classic Hidden Mickey above his eye.

Also found in Disney’s Animal Kingdom is the Conservation Station which takes guests behind the scenes to show them how the animals of the park are cared for, fed, and housed. Guests can also enjoy unique experiences there which help to teach them about the environment and its beauty. When entering into the Conservation Station, there is a massive mural which features hundreds of animals and plenty of Hidden Mickeys. Kids should be on the lookout for an owl whose pupils are classic Hidden Mickeys.

Kids who are brave enough to enjoy a ride on the Haunted Mansion can spot a classic Hidden Mickey. The attraction in the Magic Kingdom’s Liberty Square brings guests face to face with nine hundred and ninety nine happy haunts who cause all sorts of eerie happenings and occurrences. The ballroom scene of the Haunted Mansion shows the ghosts dancing, celebrating a birthday, and even dueling. Kids who look down at the banquet table below can spot a classic Hidden Mickey formed by three diner plates.

Tomorrowland in the Magic Kingdom is home to a classic attraction which aims to teach guests about the wonders of progress. Walt Disney’s Carousel of Progress follows one family throughout the century to demonstrate how progress and new inventions make life more convenient. The final scene of Walt Disney’s Carousel of Progress shows the family celebrating Christmas complete with a decorated Kids should look under the tree to spot a plush Hidden Mickey amongst the presents.

Also found in Tomorrowland is an attraction which allows guests the opportunity to join Star Command. Buzz Lightyear’s Space Ranger Spin has guests take aim at targets to help defeat the Evil Emperor Zurg. Before loading into their ride vehicles, kids should be on the lookout on the queue for a planet called Pollust Prime whose landform looks just like a Hidden Mickey in profile.

Disney’s Hollywood Studios is home to an attraction which is sure to make guests laugh. Muppet Vision 3D combines the humor and comedy of the Muppets with 3D technology for laughs and chaos like only the Muppets can create. At the end of the show, Kermit appears on the back of a firetruck thanking guests for stopping by. Kids should look in the background of the scene to spot a balloon that is shaped like Mickey.

2016-04-28
Caitlin Kane
Previous: Rivers of Light preview at Disney’s Animal Kingdom
Next: Do You Know These 6 Secrets About The Magic Kingdom In Walt Disney World?