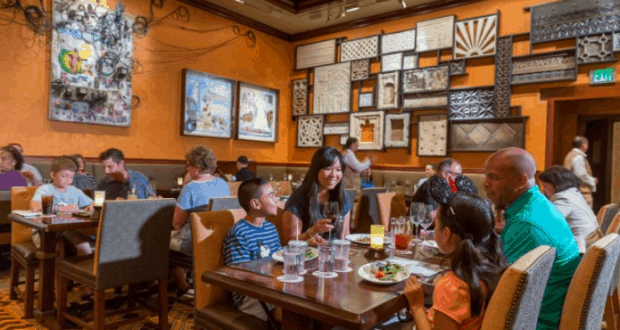 We reported previously that Party for the Planet would be coming to Walt Disney World to celebrate the 20th Anniversary of Disney’s Animal Kingdom.  Tiffins Talks is one of the special limited events coming to Tiffins Restaurant at the park.  This event is a ticketed dining event that will be offered on select dates starting on April 22nd and running through May 5th.  This dining experience will offer guests a delicious meal while listening to a talk from animal and conservation experts.  These experts are also people who influenced the creation of Disney’s Animal Kingdom.

The speakers at the event may include the following:

If you are interested in attending one of the Tiffins Talks events, the pricing will run $165 per person, with taxes and gratuities included in the price.  Theme park admission to Disney’s Animal Kingdom is required, but not included.  To book the event you can reserve online or by calling (407) WDW-DINE.  Guests should be prepared to pay for the full price of admission at the time of booking.

Who out there would love to attend one of the Tiffins Talks events?