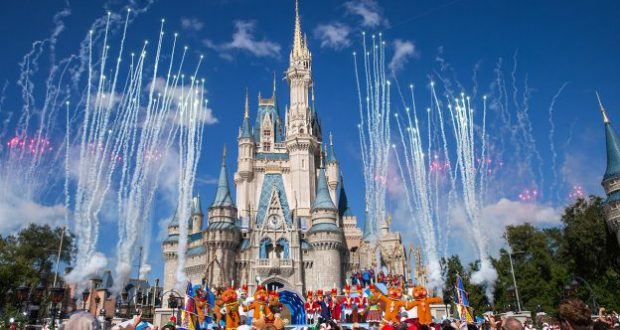 The most magical day of the year is almost here! Make the most of this memorable day by adding a dose of Disney. The “Disney Parks Magical Christmas Day Parade” will air tomorrow on ABC. Check out details and a video below from DisneyParksBlog:

The “Disney Parks Magical Christmas Day Parade” is one of our favorite Christmas day traditions. This holiday favorite airs tomorrow, December 25 on ABC and on the ABC app. Air times are 10 a.m.–12 p.m. EST, 9-11 a.m. CST/MST/PST; airtimes vary, so be sure to check listings.

Among the exclusive Disney Parks sneak peeks planned for this special are Mickey and Minnie’s Runaway Railway coming to Disney’s Hollywood Studios in Florida on March 4, 2020, and Disneyland park in California in 2022, plus Avengers Campus coming to Disney California Adventure Park in California in 2020. Viewers will also get a special look at “the most magical flight on earth”: the newly opened Disney Skyliner gondola system, connecting Walt Disney World Resort guests to two Disney theme parks and four resorts, including the new Disney’s Riviera Resort.