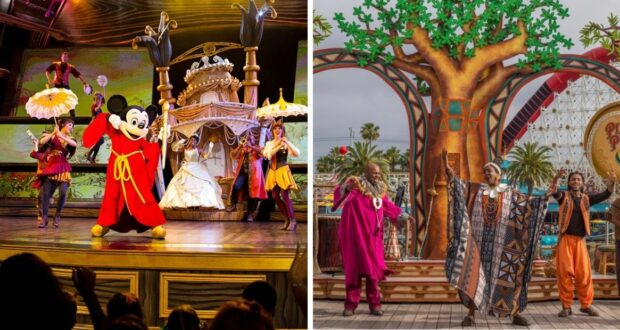 In 2013, Disneyland Guests were introduced to a brand-new show at the Fantasyland Theater that featured Mickey Mouse on his quest to become a mapmaker, called ‘Mickey and the Magical Map’. Mickey’s pursuit took him on an incredible journey where he encountered other Disney stars like Stitch, King Louie, Sebastian, and Princess Tiana. In the end, Mickey realizes that the map he was so desperate to complete will never be finished, not as long as there is imagination left in the world. Hmmmm….I wonder where they got that belief from? 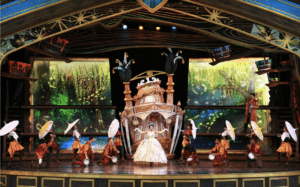 The show was popular and well-loved by Guests, but while the Parks were closed due to the pandemic, Disney announced that the show would not be returning when Disneyland reopened. Disney did not say what would be replacing the stage show, so Guests have been walking past an empty theater since the theme parks reopened in mid-April. 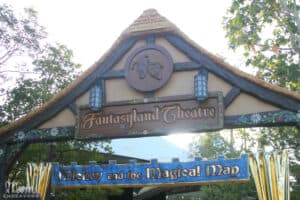 Now, Disney has shared that ‘Tale of the Lion King’ will be replacing ‘Mickey and the Magical Map’. ‘Tale of the Lion King’ first premiered at Disney California Adventure Park in the summer of 2019. The reimagined story of Simba and his journey to becoming king of the Pride Lands was performed on the Palisades Stage in Paradise Gardens Park — the same area Guests would gather in to watch the nighttime show World of Color. The story was narrated by Mwongozo — Swahili for “guide” — and featured 18 very talented performers. 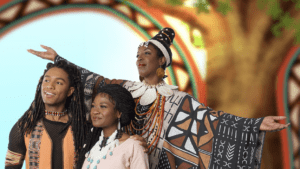 This spring, the Fantasyland Theater at Disneyland park will become home to “Tale of the Lion King,” an imaginative adaptation of Disney’s “The Lion King.” A hit with guests when it debuted in 2019 at Disney California Adventure park, “Tale of the Lion King” is brought to life by the Storytellers of the Pride Lands, a troupe of traveling performers who present Simba’s beloved and timeless journey in a unique story-theater style with live music and dance. 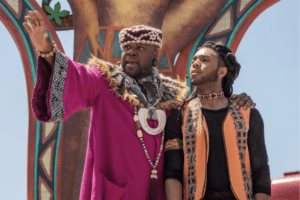 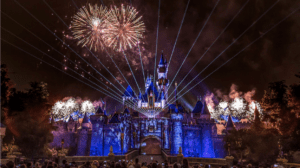 Disney Dining will keep readers updated when an official start date is announced for ‘Tale of the Lion King’.

Are you excited to see ‘Tale of the Lion King’ take over Fantasyland Theater?

2021-12-09
Krysten Swensen
Previous: The Best Disney Resort Lounges
Next: Bob Iger leaves his role as Chairman of the Board at Disney to return to his roots as a weatherman