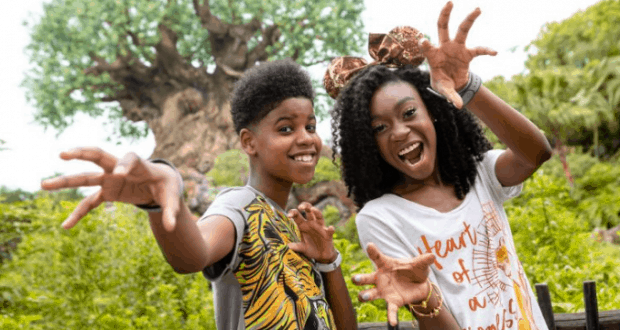 Stars of the New Disney Film, The Lion King, Surprise Guests at Walt Disney World’s Festival of the Lion King

We previously announced that JD McCrary and Shahadi Wright Joseph, who are the voices of Young Simba and Young Nala in Disney’s The Lion King would be appearing in the Festival of Fantasy Parade at Magic Kingdom Park this past weekend.  Guests who were at Disney’s Animal Kingdom on Saturday, July 13th were also in for a special treat.  Guests who were at Festival of the Lion King were treated to a surprise performance of “I Just Can’t Wait To Be King” during the show!

Check out this awesome video below:

Featuring song favorites like “Can You Feel the Love Tonight,” “Circle of Life,” “Hakuna Matata” and “I Just Can’t Wait to Be King,” the new film will also introduce original songs, including the uplifting “Never Too Late,” performed by Elton John and “Spirit” performed by Beyoncé Knowles-Carter.

The new live action version of Disney’s The Lion King will debut in the theaters on July 19th, 2019.  The original motion picture soundtrack is available now!

Were any of our readers lucky enough to see this special performance?