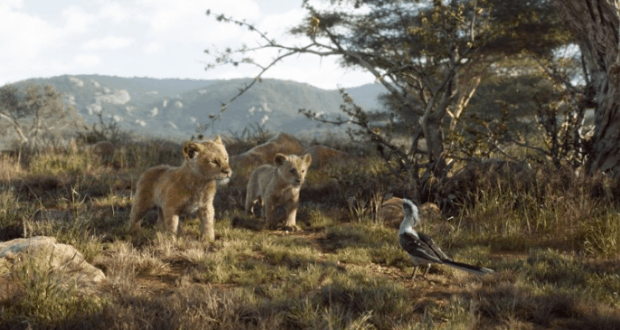 Walt Disney World has been celebrating The Lion King!  The original animated classic is celebrating its 25th anniversary and there is a new live action version of The Lion King that is debuting in theaters later this month.  If you will be in Walt Disney World this weekend, you are in for a special treat.  On Saturday, July 13th, 2019 the voices of young Simba and young Nala – JD McCrary and Shahadi Wright Joseph – will be honorary Grand Marshals for the parade at Magic Kingdom Park.  They will appear in the Disney Festival of Fantasy Parade at 3 PM EST.

Per Disney Parks Blog: If you haven’t seen the film trailer, Disney’s “The Lion King,” directed by Jon Favreau, journeys to the African savanna where a future king must overcome betrayal and tragedy to assume his rightful place on Pride Rock.  Along with JD and Shahadi, the all-star cast includes Donald Glover as Simba, Beyoncé Knowles-Carter as Nala, James Earl Jones as Mufasa, Chiwetel Ejiofor as Scar, Seth Rogen as Pumbaa and Billy Eichner as Timon.

We can’t wait to see Disney’s The Lion King when it debuts in theaters on July 19th.  Who all will be going to see it?