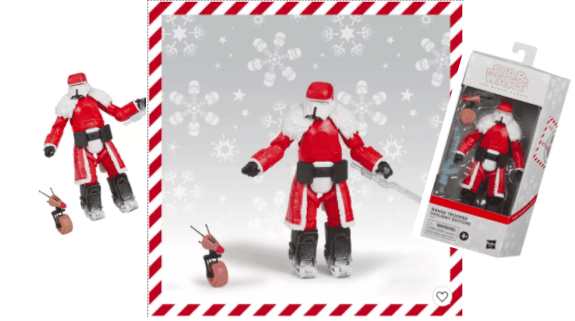 If you saw the Target ad this week then you probably saw the newest Star Wars collectable item. Star Wars The Black Series Range Trooper (Holiday Edition) is now available at Target and it is selling out quickly.

The Star Wars The Black Series Range Trooper (Holiday Edition) action figure comes with an included D-O toy and is a must have for Star Wars collectors young and old. These proud troops are assigned to Imperial frontier worlds, where they rely on training, toughness, and specialized equipment to expand Imperial rule.

LOOK FOR OTHER FIGURES FROM A GALAXY FAR, FAR AWAY: Look for movie- and entertainment-inspired Star Wars The Black Series figures to build a Star Wars galaxy.