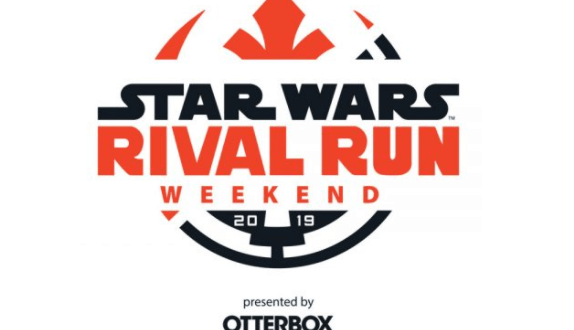 Recently Walt Disney World hosted the Star Wars Half Marathon – The Dark Side presented by OtterBox.  The race brought in more than 43,500 runners who participated in the events.  In honor of Star Wars Day on May 4th, Disney Parks Blog announced news related to next year’s race.  They announced that the 2019 Star Wars races would celebrate epic Star Wars rivalries.  The race weekend would also feature a new name, Star Wars Rival Run.  The event will still be presented by OtterBox and the race weekend will be held on April 4th through April 7th, 2019.

The entire race event will feature favorite rivalries throughout the Star Wars universe.  There will be the 5K, 10K, half marathon and runDisney Kid races offered during race weekend.  There will still be two challenges, too.  The Star Wars Rival Run Challenge will be for guests who run the 10K and the half marathon during the race weekend.  The runDisney Kessel Run Challenge is for guests who complete the Star Wars Rival Run Half Marathon at Walt Disney World and the Star Wars Virtual Half Marathon at home.

Runners will be able to choose whichever side of a rivalry that they want to represent and will encounter a variety of different Star Wars characters on the course during their quest to earn the amazing medal at the end of the race.

Who is excited about the Star Wars Rival Run?  Who would love to register for next year’s event?