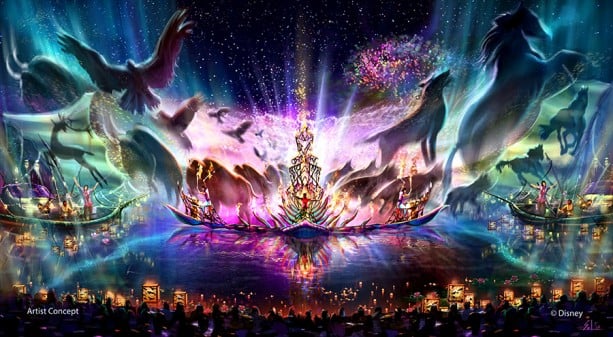 Major changes are underway at Disney’s Animal Kingdom. Early this year it was announced that there will be a new nighttime show at the park. Called Rivers of Light, it will be unlike any other Disney parks show. According to the Disney Parks Blog, the show will combine ” live music, floating lanterns, water screens and swirling animal imagery”. It is set to take place between Discovery River and Expedition Everest.

WDWMAGIC is reporting that Disney has projected that the show will open in March, 2016. No official word has yet been released. The March 2016 date will give Disney two full years to work on the project, which will include the work that will need to be done on the river and near Expedition Everest.

Guests often complain that Disney’s Animal Kingdom is not a “full day park” because it usually closes earlier than the other three. The new show will change that. The show is set to open a year before the new Avatar themed land.