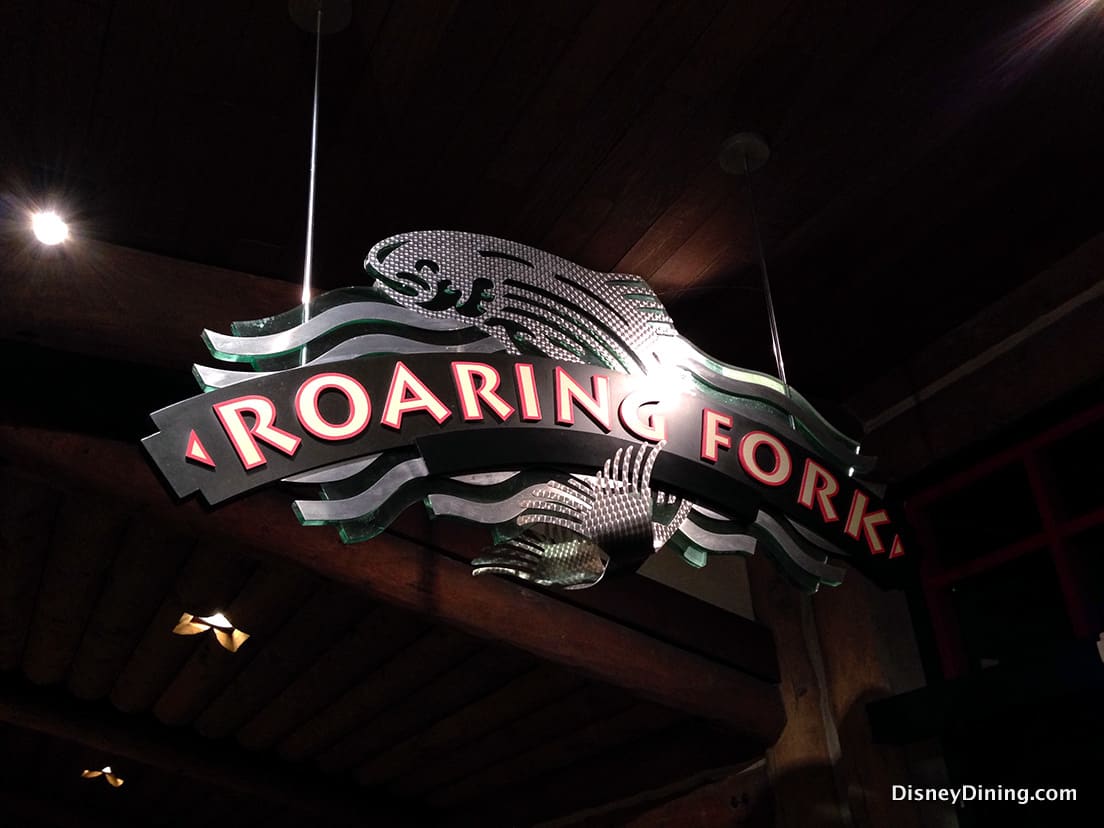 Perhaps it was bound to happen.

At a resort which houses two perennial, exemplary restaurants, the culinary masterpiece which is Artist Point and the entertaining, guest favorite Whispering Canyon Cafe, there had to be a weak link somewhere. I may have found it in Roaring Fork, a fishing-themed quick service stop nestled discreetly at the majestically grand Wilderness Lodge.

While the theming fits well with the Pacific Northwest design and landscaping, and the cafe looks snug and inviting, the food sadly misses the mark.

The efficient, breezy design of the cafeteria-style eatery is stream-lined and beyond convenient. Despite the compactness of the dining area, the room feels quaint and cozy. Framed drawings of various freshwater fish and displays of sport fishing equipment abound. There are wooden accents everywhere to give that perfect pioneering feel. And because this resort is one of my favorites as it so beautifully captures the essence of the Native American spirit, I so wanted to give Roaring Fork top marks on every level. Truth be told, while the restaurant itself is warm and welcoming and almost adorable in its rustic simplicity, the food is way below Disney standards.

The menu is varied from salads and sandwiches to flatbreads and pizza. And there is a myriad of packaged snack foods like cereal, chips and cookies. We were happy to note the cafe also offers a variety of fresh fruit for purchase.

We noticed immediately that the grilled options were most popular (at least that night) so we chose the Angus Bacon cheeseburger and the Northwest chicken sandwich. There is a bit of a minor wait after you place the order, but that was an encouraging detail as we assumed this meant our meals were being cooked to order.

We couldn’t resist peering at the dessert options: huge frosted brownies, flaky danish and other confections we hoped were bakery fresh. We opted for only one dessert, the S’mores Cupcake as it looked incredibly rich, chocolaty and scrumptious. A quite large ginger-colored cake with a cloud of frosty toasty marshmallow cream on top. Surely more than enough for sharing. We only hoped we hadn’t chosen something overly sweet.

As our grilled selections came out of the kitchen, I noticed an unusually ample mound of fries was being placed to the side of my burger, almost like an after-thought. I later decided this may have been an apology for what they knew the burger was lacking. The meat patty was dry and a bit tough as if it had been sitting under a heat lamp for most of the evening. So much for thinking our meals were being prepared to order. The bun was rather stale and crumbly. Now I knew why I may have been given the extra fries, which were actually fresh and crisp and perfectly seasoned. I had barely noticed the kitchen forgot to add the bacon to my sad little patty. No matter in light of the poor quality of this choice.

After the huge disappointment in the burger, it was a huge relief to find the chicken sandwich to be rather hot and juicy. It was garnished with a thick slab of Canadian bacon (which was rather nondescript) and cheddar cheese. It was good. Nothing spectacular but enough to satisfy.

We were eager to sample the cupcake which looked incredibly sinful. The only sin may have been the fact it tasted like air. This is not a compliment to the light airiness of the cake itself. I cannot recall ever biting into a Disney dessert with less flavor. Despite the outwardly decadent appearance, the cupcake lacked any taste. Nothing. I could not discern even a subtle flavor. Not sure how this was accomplished (Disney magic perhaps?) but I honestly don’t think I have ever had a confection blander than this. We actually were a bit puzzled and assumed the kitchen was having an off night. After all, Disney is known for its yummy sugary creations. This was a first.

While I would be delusional to think the cafe can maintain the standards of the two previously aforementioned restaurants or to set unrealistic expectations from Roaring Fork, I will say that it is inferior to most other Disney quick service locales.

The hours are convenient as the restaurant is open for lunch and dinner from 11am through 11pm (although for some reason, sandwiches and salads are only served till 10pm while the grill remains open an extra hour. And flatbreads are available until midnight). Breakfast begins being served at 6am and continues until 10am.

The staff clearing tables and ringing up orders was gracious and friendly and because the room is small and uncrowded, they found time to joke with the guests or ask children about their day spent frolicking at the parks. The entire atmosphere is enticing and feels “homey”. Now if only they could work on improving the food.

Food: From decent to sorely disappointing. Perhaps it was the time of night (8;30pm) which was our downfall as the burger did seem to have been reheated several times. Would be willing to try this one again as I vehemently want to believe they were somehow having an off night.

Service: While we did not have a server as this is a cafeteria style, quick service cafe, the staff did add a great deal to the quaint, adorable setting.

Atmosphere: The stream-lined style of ordering and the design makes things as efficient as they can be. The theming is the bright spot of the restaurant.

Tips: Except for beverages or maybe a quick snack, resort guests would be better off dining at one of the parks’ many quick service spots or venturing into the Marketplace or Boardwalk for a casual meal. And there is no redeeming reason I can think of for non-resort guests to pay a visit to this cafe except to stop in for a premium coffee of hot cocoa and relax in front of one of the many crackling fireplaces located throughout the lodge. Enjoy the hotel in all its grandeur but skip Roaring Fork. 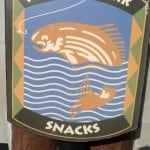 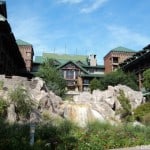 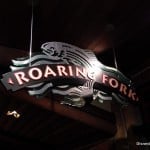 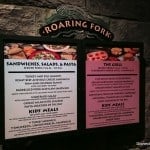 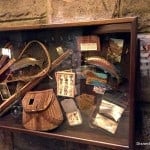 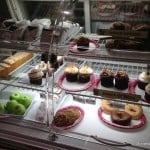 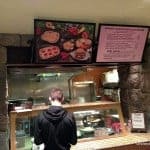 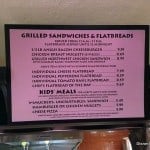 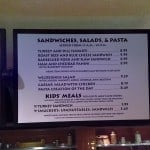 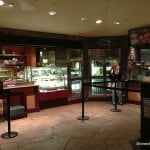 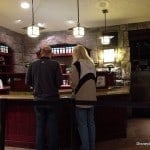 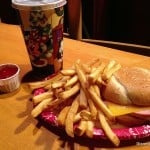 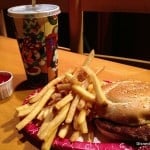 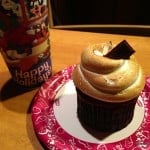 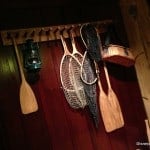 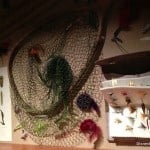 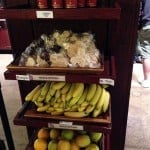 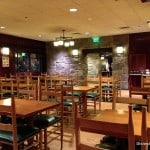 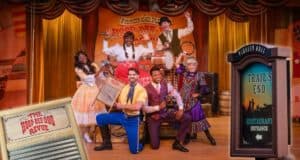 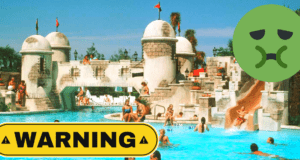