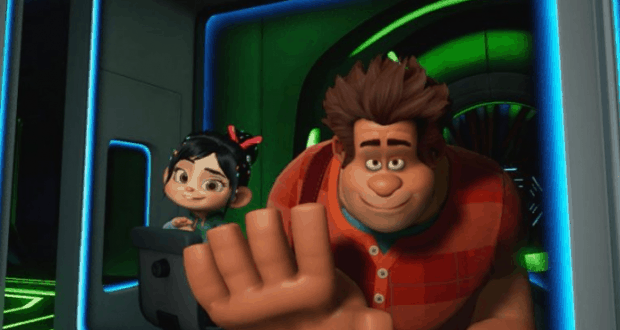 We previously announced that Walt Disney World would be opening a Wreck-It Ralph themed experience by ILMxLAB and The VOID which is based on the new Walt Disney Animation Studios film “Ralph Breaks the Internet.”  The film has officially opened in theaters and so has this new experience, Ralph Breaks VR. This is a hyper-reality experience that is now open at Disney Springs in Walt Disney World Resort as well as Downtown Disney in Disneyland Resort.

Here is a rundown of the new experience from Disney Parks Blog: In teams of four, guests will join Wreck-It Ralph and Vanellope von Schweetz and break into the internet disguised as characters from the film called “Netizens.” There, guests adventure their way through Dunderdome and Pancake Milkshake Diner – and encounter a new antagonist named B.E.V. (which stands for “Built to Eradicate Viruses”).

Check out his awesome video below:

Who else can’t wait to check out Ralph Breaks VR?