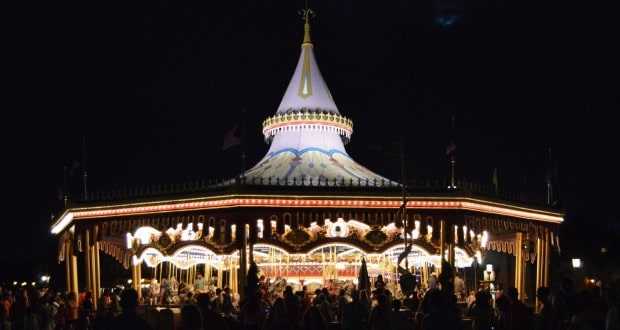 When Walt Disney created Disneyland in California, he was insistent that there had to be a carousel at the center of the park.  Then when Magic Kingdom was built, there was the same expectation.  Walt didn’t get to see Magic Kingdom finished, but his brother, Roy, ensured that the park met most of Walt’s visions.  It is even said that the carousel was completely built and in place, and Roy made the teams move it 6 inches so that it was more perfectly aligned behind Cinderella Castle!

We will keep you posted if we learn of any changes coming with this refurbishment.