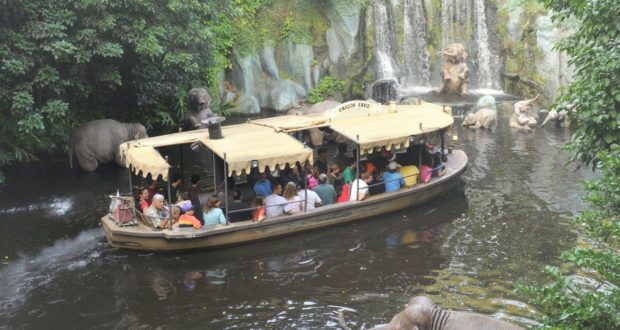 A new theme park documentary series is coming to Disney+ titled Beyond the Attraction”. It will be available on Friday, July 16th and the series will give us a sneak peek behind the scenes of some famous Disney attractions from around the world.

The first episode will focus on the beloved Disney World attraction Jungle Cruise. The description is give as, “Join a skipper for the story behind Jungle Cruise, and try to spot the backside of water! When Walt decided to create the original immersive attraction, he tasked Imagineers with building a river in the Southern California desert AND the mechanical animals to populate it. Lead designer Harper Goff and horticulturist Bill Evans scrambled to get it all built in time for Disneyland® Park’s grand opening in 1955. Guests have been cruising its waters ever since. Dwayne Johnson also appears in this episode where he discusses his childhood memories of the attraction and his favorite joke from the skippers.”

Below are some of the pictures from the film featuring key parts of the ride such as the waterfall.

All 10 episodes of “Beyond The Attraction” are coming to Disney+ on Friday 16th July?