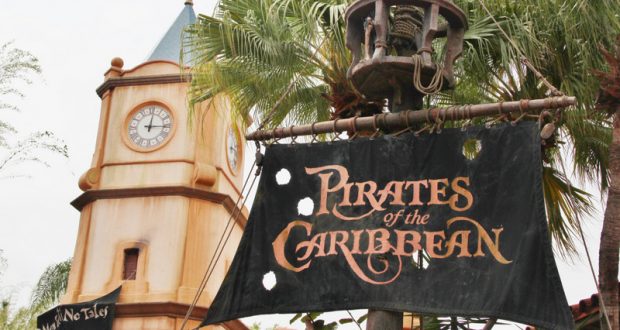 We announced previously after a big announcement from Disney Parks Blog that Pirates of the Caribbean in the Magic Kingdom at Walt Disney World would be closing in order to make a major, controversial change among Disney fans.  This major change impacts the iconic and famous scene with the “redhead” where she appears at the “wench auction” and you hear the pirates chanting, “we’s wants the redhead.”  With this change, the “redhead” will still be in the attraction, but with an entirely different role.  The attraction has officially closed and isn’t expected to re-open until March 19th, 2018.

Here is the artist rendering released previously by Disney Parks Blog of what we can expect the new scene to look like without any reference to a “wench auction”. This is a fairly major change to the story from the original attraction, and there are many guests out there who aren’t in favor of this change.  As with so many of the hard changes at Walt Disney World, it is sure to be amazing and done well by Disney, so we are excited to see how it will turn out.

Who is already anxious for Pirates of the Caribbean to re-open?