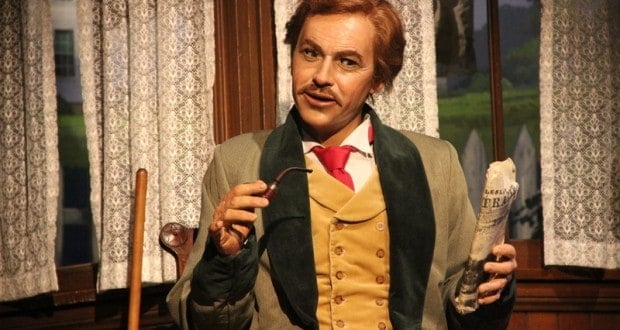 Disney has apparently filed an application for a “soft robot”.  It is costly and requires a lot of work for Disney to coordinate costumed Disney characters all over Walt Disney World throughout the different parks and resorts.  Disney has struggled with these costs and logistics versus guest safety and realism if the interactions were with an animatronic or robotic-like character.  The patent would be a prototype for a soft-bodied type of robot that would be designed to handle and withstand the impacts from guest interactions.  If this were successful, these “soft robots” could be used for character meet and greets, to provide guidance to guests, additional entertainment and more.

The patent did address the challenges associated with free roaming robots in the parks.  “It has proven difficult to provide wholly safe interactions between humans and robots simply by operating these humanoid and other robots with controlled movements.”  It is said that Don Hall, a Disney director, suggest the ideas of a “hug-gable robot” to Disney imagineers while working on Big Hero 6, particularly the development of Baymax.

The patent calles for a two prototypes, which are names “soft body 300” and “soft body 1000”.  The patent goes on to also explain that the robots would be, “designed for reducing collision impacts during human interactions.”  The patent explains that the body would be be made up of air or fluid-filled chambers  that would be able to adjust based on the impact to the area.  The shell would be based on a specific character, but the inside would function with these chambers.  Each one would have to be slightly modified depending on which specific character was being produced.

We love new Disney technology and we can’t wait to see what Disney does with this after it is developed.  What is the first character that you would love to interact with as a fully robotic character?