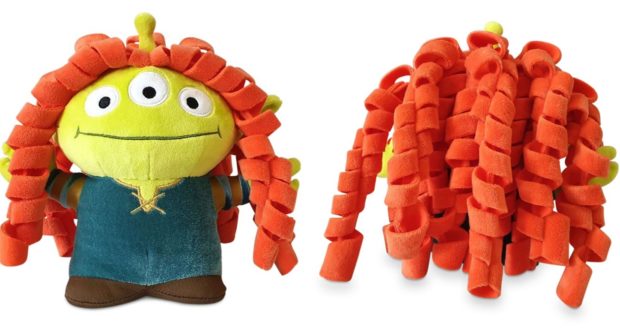 Ooooo, you don’t need the claw to get your hands on shopDisney Alien Remix Collection featuring Toy Story aliens as favorite Pixar characters. Series 5 of 6 is now available! Each series releases every Saturday at 7AM PT. Check out the latest below.

Toy Story Alien Pixar Remix Plush – Merida is available for $14.99. “This little Toy Story Alien has been chosen by the Claw to be transformed into the curly haired Merida from Brave. With the Disney Princess’ fiery locks and signature outfit, this Alien is part of a collection featuring the Pizza Planet plush as popular Pixar characters.”

Next up is Series 6 arriving September 19th! Check out past series and what’s to come on shopDisney.