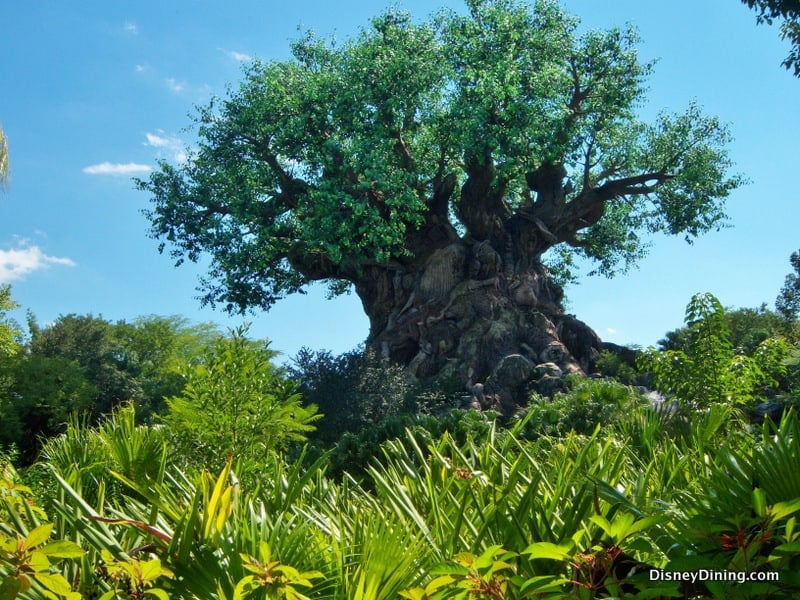 News and Views around Walt Disney World this Week

News and Views around Walt Disney World this Week

There is a large crowd entering Epcot and I happily follow them in. The International Food and Wine Festival is in full swing. The weekend crowd was even heavier.  I passed the Ocean Spray Cranberry Bog and was happy to get a packet of Craisins® handed to me on my way past the bog.

Something I have noticed in the last week is how popular all things “Frozen” (Disney move that will be out in theaters Thanksgiving Day) have become. Little girls in “Frozen” costumes at the Mickey’s Not So Scary Halloween Party, the costumes and other merchandise in the stores here are selling very quickly.  Even the discount stores are selling special “Frozen” merchandise, all well in advance of the movie’s release.  There has been a trailer released which is quite good. The movie is set in Norway, and is already making a big impact on the Norway pavilion here in Epcot.  Inside the Stave church the display is changing to highlight how the Norwegian culture impacted the making of “Frozen”.  The two sisters, Anna and Elsa, are going to be greeting guests of Epcot very soon in the shop area that used to be called “The Puffins Roost”.  It is adjacent to the “Kringla Bakeri Og Kafe”. Anna and Elsa will be here only until January 4, 2014, so you will want to make plans to see them soon.  The new gallery in the church will reopen soon, and no closing date for that has been given. If you want to see more things “Frozen”, check out the display of concept art and sketches made during the process of making the movie which is on display over at The Magic of Disney Animation in Disney’s Hollywood Studios.  Disney does not want anyone to miss seeing their new movie, even their cruise line guests.  The will be showing “Frozen”, the same day it premiers here in the US, aboard all four of their cruise line ships.  “Frozen” will be available in 3D for those who prefer that.

After getting a few delicious samples of more International Food and Wine Festival booths I decide to head to Disney’s Hollywood Studios.  We can hop on the boat from the International Gateway to the Studios.  I head over to the Magic of Disney Animation area and found a new place to meet up with Minnie Mouse.  She joins in with Sorcerer Mickey, Mr. and Mrs. Incredible, Fro Zone, Wreck it Ralph and Vanellope Von Schweetz. I checked out the “Frozen” movie concept art, story boards, and character studies on display there.  It looks like another great animated story and adorable characters.  I line up for the Animation Academy drawing class and luck out by getting into the class right away.  The popularity of this attraction has really exploded the last couple of years.  I remember being able to take one class after another, but it is not like that anymore.  Don’t worry if you think you are not good at drawing, the artists break it all down into easy-to-understand steps, and you get to take your drawing with you! So you will leave with a hand-drawn (by you) artist drawing of a Disney character, for free!

There are some things at Animal Kingdom we should check out, so let’s grab the bus and head over there.  There was a big announcement on the Disney Parks Blog a today that they will be building a large expansion based on the film “Avatar” here in the Animal Kingdom. It will be located where the present Camp Minnie Mickey and Festival of the Lion King is.  Ironically, Minnie and Mickey have moved to Discovery Island to meet guests. Camp Minnie Mickey was built to resemble a summer camp the characters would go to each summer.  It has a cute rustic feel to it, and focused on keeping as much nature intact as possible. At the Camp Kiosk you can try the only special seasonal snack at Animal Kingdom: Witches Funnel Cake.  It is a funnel cake with strawberries, whipped cream, and Halloween Sprinkles for $6.29.  There is very little in holiday decorations here in Animal Kingdom.

Construction walls are up along the bridge leading to Harambe Village and behind Tusker House Restaurant.  Guest Relations said they were constructing a new home for Festival of the Lion King behind the walls. The Wilderness Explorer’s Club experience is gaining popularity.  This is an interactive game based on the movie “Up.”  There is a new snack shop open: Gardens Kiosk and it was busy. It sells allergy-friendly snacks and information on special dietary options within the Park. It is open daily, but closes at 3PM.

Let’s join in the testing of bus service from Animal Kingdom to Downtown Disney.  They are testing this for a limited time.  It makes sense to add this since Animal Kingdom closes early and Downtown Disney is a great place to head after being in the Park all day.  There are so many great restaurants available Downtown, you will certainly find something to eat for anybody, any price range. There is also lots of entertainment if you aren’t interested in shopping.  You have the AMC Theater, Splits Ville, Disney Quest, and Cirque De Solei, as well as live entertainment on the street that is great for an evening out.

Since we are on the bus, let me tell you about some other things you could see if you were here this week. At the Magic Kingdom, Sleepy Hollow, in Liberty Square, is celebrating the 20th anniversary of the movie: “The Nightmare Before Christmas”, by serving up special Jack Skellington cupcakes. The Resort monorail system is closed from 11AM to 6PM daily, at least until October 20, due to construction at The Grand Floridian resort, but there is a new expanded Spa to look forward to! Check with the Cast Member at your resort if you must have a refrigerator in your room, as they have all been turned off or removed for safety reasons. New ones are replacing the old, but it could take up to four months to complete. The Palm Golf Course is closed until November 16, as it has been undergoing an extensive redesign by Arnold Palmer. There are a large number of rides going through refurbishment, so check the Disney World site to see if your favorite will be open when you come.

Perhaps the announcement that will affect the most guests at Disney is that they will now need to supply a credit card number to hold every meal reservation for table service restaurants at the Parks and Resorts.  If you fail to cancel, or change the number of people coming, before 11:59PM the night before, you will be charged $10.00 per person on the reservation, UNLESS it is a Dining experience, such as Hoop Dee Doo Review, then they will charge your card the full price, for each person, on the reservation. To cancel or change a reservation, the person who made the reservation can: call (407) WDW-CNCL, (407) WDW-DINE, talk to someone at the front desk of any table service restaurant, or online at www.DisneyWorld.com. This policy begins October 31.  Disney has had trouble with guests scheduling multiple meals, at the same time, in multiple parks/resorts so they could eat at a restaurant convenient to where they were at that time, and never canceling the other reservations. On the other hand, Disney needed to find a way to stop all this over-booking, and this is how they are choosing to tackle it.  It should mean more tables will be opened up for all the honest folks out there who really want to eat at the Disney restaurants. Note: the person making the reservation, whose name the card is in, is the one who must change or cancel the reservation, and whose card will receive any charges if it is not met.

Here we are at Downtown Disney! The Disney bus is definitely the way to come here! By late 2014, the first of the parking garages will be up, near the AMC Theater.  The second garage, which will be near the World of Disney Store, should be completed in 2016.  The parking is going to remain complimentary.  All of this is happening because of the announced changeover of Downtown Disney into Disney Springs.  There are some shops gone forever (Apricot Lane, Fuego, Captain Jack’s Restaurant and Marina) and one moved (Ridemakerz is now in the rear of Team Mickey) and a new shop announced, Fit2Run, opening next month near House of Blues. The bus stop is centrally located and you can get to all areas of Downtown Disney within a short walk.  You can also take advantage of the multiple docks along the water to take you back and forth.  Disney recommends you allow an hour for parking and getting to your reservation downtown.  On the weekends and holidays there are some new lots that have opened up for us to park in: SunTrust Bank, Disney Casting and Team Disney lots across the street from Downtown Disney.  There is a shuttle bus from some of the lots, or a short 5 to 10 minute walk.  Just watch the signs and they should guide you to some available parking.

Disney Quest has announced a special Halloween Party on October 31, 6-11PM only.  There will be the usual access to all the games inside, plus two DJ Dance Parties, a Costume Contest, Trick or Treating, and character photos.  You can buy your tickets in advance for $45. +tax; the day of $54. +tax. The shops downtown have fun new merchandise and apparel so be sure to check it out.  Great food, great shopping, great entertainment, in Downtown Disney, just plan for that extra time to park and get to your reservation if you are driving yourself.

The weather is beautiful now with cooler evenings, but still warm enough to swim during the day. The fall decorations are fun and whimsical.  Come join in one of the special parties or the Food and Wine Festival.  Show your Disney Side! 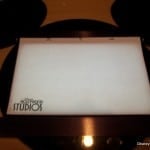 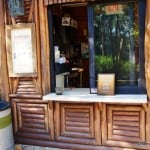 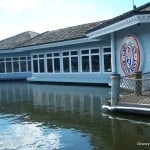 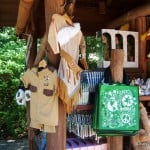 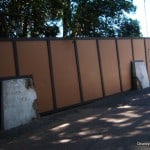 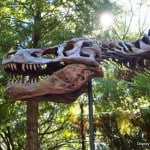 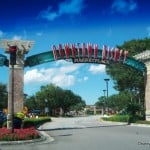 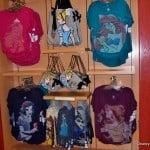 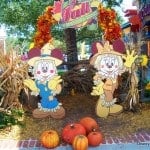 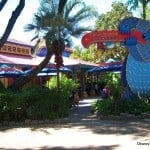 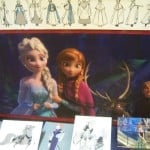 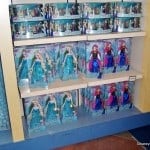 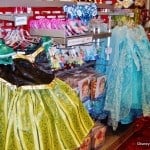 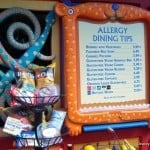 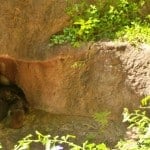 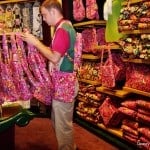 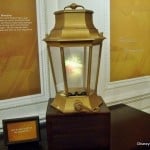 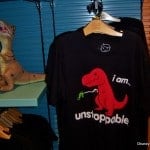 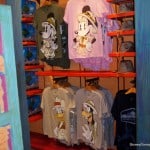 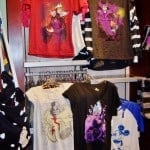 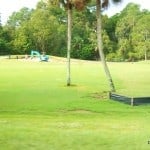 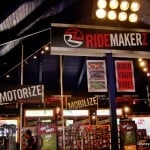 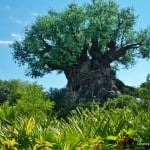 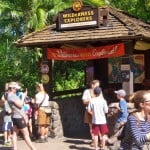 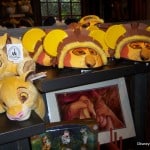