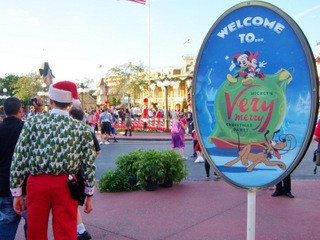 We have had big things happening since reporting to you last week.  Seven Dwarfs Mine Train announced they would be open to the public May 28 and the MyDisneyExperience website had a difficult time handling the almost immediate onslaught of traffic. The moment the announcement was made public the website also made FastPass+ available.  Readers like you as well as anyone watching the Grand Opening Media Event streaming live through the Walt Disney World website began making those reservations.

I was able to get reservations for the first two days but only by being persistent.  I was given many conflicting messages including one saying I did not have a valid park ticket for that day and then it directed me to “add” any current ticket media to MyDisneyExperience account, yet it showed my current Annual Pass. If you get strange messages while trying to select a FastPass+ just keep trying.  I also tried to reserve a Meet and Greet with Anna and Elsa who was showing times available but it would never go through with Seven Dwarfs Mine Train selected. I guess my hope of seeing the sisters will have to wait for another day.  Did any of you have trouble getting FastPass+ times? You will need to use the My Disney Experience website to book the FastPass+ for Seven Dwarfs Mine Train because it is unavailable on the app.

Are you coming to the 24-hour Rock Your Disney Side event at the Magic Kingdom beginning at 6am May 23 and ending at 6am on May 24? Apparently a lot of people are because Walt Disney World has made some changes to the hours of Epcot and Hollywood Studios in anticipation of very large crowds. Epcot’s hours for the 23rd are extended to midnight and the previously scheduled Extra Magic Hours for Epcot cancelled. Disney’s Hollywood Studios is taking the Extra Magic Hours for that night extending their closing time to 1am for Disney resort guests.

Animal Kingdom just released big news about night time opportunities there.  “Harambe Nights” is a special Hard Ticket event beginning June 7 and continuing through the summer on Saturday nights. It begins at 7PM with a welcoming reception featuring African-inspired wine and beer and appetizers. Then you move to watch a special 55-minute version of The Lion King, narrated by a celebrity, with seats in the newly built Lion King Theater. The show itself is called “The Lion King-Concert in the Wild”. It will have a live orchestra, choir, dancers, dramatic lighting and projected movie scenes, topped off with narration by a celebrity guest narrator.  Viola Davis from “The Help” and “Enders Game” will narrate June 7 and all of the premium seating has already sold out for that first night. That happened in less than 24 hours from the announcement so expect this to be one of the hottest tickets for this summer.  Following the show guest will move into the streets of Harambe for a street party joined by musicians, characters, live performers to continue the “Go Wild” theme started in the theater. An all-inclusive buffet of African cuisine and gourmet desserts will be served, Lion King Merchandise available for purchase and a mystery “special finale” to end the evening. These nights continue through August 9. Tickets are $119(Adults) $79. (Age 3-9); Premium floor seating tickets are $134. (Adults) and $94. (age 3-9), plus tax. You can call this number for tickets: 407-939-1319. Other celebrity artists narrating include: Montego Glover, David Alan Grier, Michael Beach, Harry Lennix, Joe Morton, Alfre Woodard, Patina Miller, Brian Stokes Mitchell, and one date TBD.

More changes happening at Animal Kingdom include the conclusion of Mickey’s Jammin’ Jungle Parade on May 31, 2014. It is not expected to make a comeback and no parade has been announced to replace it.  This has had a very successful run and it is sad to see it go.  A new offering in night time entertainment options at the park was announced, “Rivers of Light” as Animal Kingdom seeks to keep guests in the park through the evening hours. This unique show will combine live music, floating lanterns, water screens and swirling images of animals projected onto the Discovery River.  This is the water between Discovery Island and Expedition Everest. No starting date was given for “Rivers of Light”. Walt Disney Parks and Resorts Chairman Tom Staggs reiterated the desire to bring the beauty of Pandora, the large floating mountains and a ride on a banshee but last week announced that Disney has figured out how to do all of these.  The new land based on Avatar will be opening sometime in 2017. What I have been waiting on is the announcement of a nighttime version of the Kilimanjaro Safari which was included in the announcements, along with live performers around the Tree of Life in the evenings but no dates given yet but it is supposed to be well in advance of “2017”.  A new bird encounter is taking off soon on Discovery Island called “Winged Encounters-The Kingdom Takes Flight” which will feature the beautiful Macaws and the experts that take care of them. If you are on Discovery Island this summer don’t forget to check out this new experience.

We have been hearing about a new experience coming to “Soarin’” at Epcot that will feature more views worldwide, not just California.  The new film for Walt Disney World will feature views of WDW filmed from a helicopter viewpoint and that will take place this week prior to Park openings.  The Disneyland version already filmed their Park views which will be featured in the new “Soarin’” experience there. This is a much-anticipated change to a very popular attraction. The International Flower and Garden Show will be coming to a close on May 18. Chubby Checker & The Wildcats will be performing on May 9-11 and Alan Parsons Live Project is new to the Show and will perform May 16-18. The next big event coming to Epcot is the 2014 International Food and Wine Festival from September 19-November 10. This will be the longest Festival ever at 53 days.  If you add together the days for the Flower and Garden Show and the Food and Wine Festival it adds up to 35% of the year that you can experience something additional with your admission to Epcot.  Walking through Future World today you will see a combination of paint stripes on the Communicore buildings. They are mostly tans and shades of brown with a few shades of blue thrown in occasionally. Not sure if Imagineers are testing colors or if this is a permanent change.

FastPass+ is an exciting part of Star Wars weekends this year as it is offering FastPass+ tier 1 selections that has added Behind the Force-Star Wars: Rebels, Obi-Wan and Beyond, starring James Arnold Taylor, the events official celebrity host, and also for Stars of the Saga Star Wars Celebrity Talk Show.  Other attractions in tier 1 for Hollywood Studios are Toy Story Mania, Rock ‘n Roller Coaster and Fantasmic. Guests can choose one item from tier 1 at Hollywood Studios. This is exciting news for Hollywood Studios guests. As you seek to score a Star Wars Weekends FastPass+, may the force be with you.  The theme for this year is “Join the Rebellion”.  How better to start your Star Wars day at Hollywood Studios then to partake of a Galactic Breakfast for the first time as a Star Wars character dining experience at the Sci-Fi Dine In which becomes the Star Wars Dine-In Theater. Even the movie clips will be replaced with Star Wars clips. This takes place from 8am through noon and the price is $47.99, adults, $29.99, children. The price includes a photo of your party and a commemorative PhotoPass card. Expect to see Stormtroopers, Jawa, Greedo, Boba Fett and Darth Vader! We have looked over the menu and it looks out of this world good.  If you want more of this type of experience you are in luck as Jedi Mickey takes over Hollywood and Vine restaurant for a Star Wars themed evening meal. Characters in attendance will be Mickey (Jedi), Minnie (Princess Leia), Donald (Stormtrooper), Goofy (Darth Vader), and Chip & Dale (Ewoks) who will be dressed as their favorite Star Wars characters. This is another buffet with seating’s from 4:15 to park close. Adults $59.99 with Fantasmic! Dinner Package that gets you reserved seating for the show or $55.99 without the reserved seating; Children $36.99, with FDP or $32.99 without. Price includes a digital photo of your party with the Ewoks (Chip & Dale) and a commemorative PhotoPass card. The main buffet will be the same as usual but will have tags with Star Wars themed names on them.  The dessert table will have Star Wars themed offerings.

The Disney resort receiving the most attention these days is the Polynesian and with good reason.  We have been watching the new DVC bungalows being built over the water, connected with a wooden boardwalk to the rest of the property are due to open in 2015.  We have covered the changes coming to the lobby where the beautiful water feature that has dominated since opening in 1971 is being removed for the sake of more seating.  The quick service Captain Cook’s location is closed with a temporary, much smaller, version of it serving nearby during the renovation, and sadly without the Dole Whip machine. This week we found out the resort is returning to its original name from 1971-Disney’s Polynesian Village Resort.  They will be adding some excitement by including a new lounge, Trader Sam’s Grog Grotto, complete with Polynesian cocktails and small plates.

You may notice some signs up around the parks that has a “status” for each FastPass+ attraction showing if the attraction has “Limited” or “Available” for FastPass+ times.  When I went to the kiosk to reserve an “Available” and a “Limited” attraction I was immediately told that the one listed as “Limited” was not available and that I should not expect it to open for the rest of the day. This was at 4:30PM. I asked why the sign was not changed to “Unavailable” and was told they just had not physically done it yet.  Walking through the park the rest of the afternoon and evening I saw the signs reflecting the same status as earlier. I checked again on my MDE app and saw that it was still only Stand by availability.  So those signs are not reflective of the actual “status”. If there is a ride you desperately want to ride it looks like you will need to reserve it as early as possible, and check in at a kiosk repeatedly through the day for openings that might appear.  The kiosk is a better chance than the app, based on the fact that all of the Seven Dwarfs Mine Train FastPass+ times are only available on the website, maybe this is true of other extremely popular attractions as well. 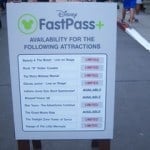 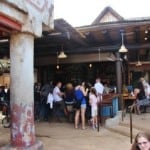 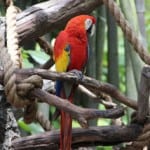 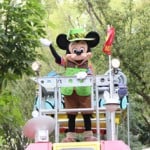 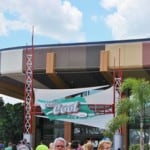 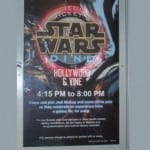 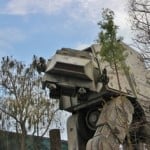 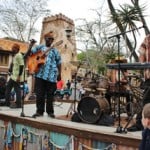 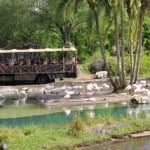 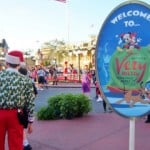 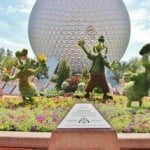 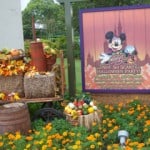 2014-05-08
Cassie
Previous: Amazing Disney Melody Video
Next: 10 Questions & Answers About What To Do In An Emergency At Walt Disney World