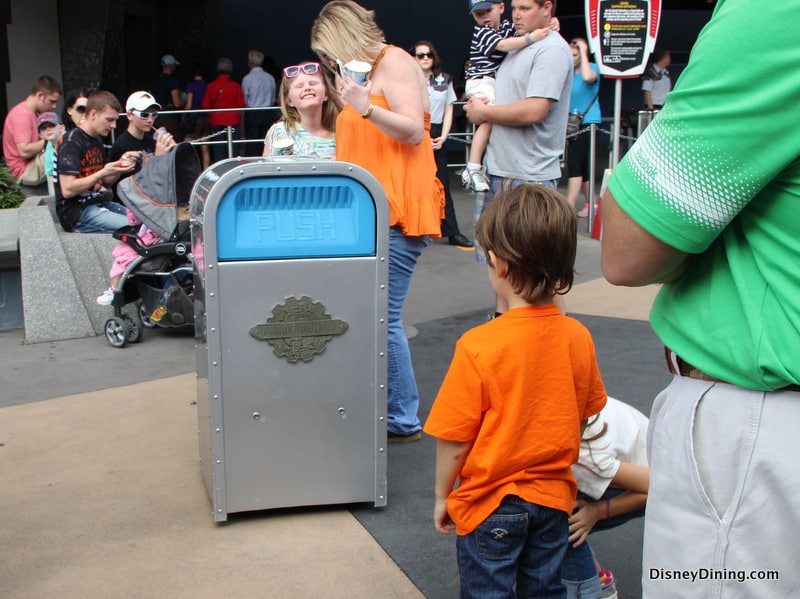 Magic Kingdom has been participating in the FastPass+ testing and have added MagicBands to a new select group of Annual Passholders. This makes knowing where those FastPass+ kiosks is very important so you can quickly book your FastPass+ selections each day when you enter the park. I will try to feature photos of the locations for these each week. Today I have Magic Kingdom locations for you: Mickey’s PhilharMagic®/Fantasy Fare location (this was very busy in the afternoon), Stitch’s Great Escape in Tomorrowland, Near Diamond Horseshoe in Fronteirland (restrooms actually), near Pete’s Silly Sideshow. These are the locations on the paper you get at the front of the park explaining the FastPass+ testing.  Other locations I found is the old gift shop area next to the Hall of Presidents, at the restrooms between Frontierland and Adventureland, on the veranda at Adventureland, and under the railroad station at Splash Mountain.

A friend of Mickey’s told me that the Festival of Fantasy Parade scheduled for a spring 2014 opening has had several overnight rehearsals and is now practicing backstage during the day.  The floats, characters, music and dancers are all said to be outstanding.  This promises to be one of the great Disney parades and I can’t wait to see it.

On the 7 Dwarfs Mine Ride mountain we see dozens of men in hardhats and bright yellow-green vests. There are numerous trees that have been placed since we visited the last time.  There are bushes going in and paint going on.  There is a new water feature! We see a waterfall flowing near the Be Our Guest side of the mountain.  No cars running today but plenty of man hours here today.  Look below for the newest photographs of what is going on with the ride.

If you see a trashcan in Tomorrowland moving around and causing a stir it is probably PUSH. PUSH is a trashcan that is mobile and interacts with guests asking questions, dancing with them, you just never know what PUSH is likely to do but it always brings smiles to the guests who take the time to watch a talking trash can.

Friar’s Nook has some new items on their menu including a Bacon Cheeseburger Macaroni and Cheese that is very popular here with the men.

In Frontierland you will probably see a great show on the streets, a real Hoedown with Frontierland characters and CM’s dancing and singing and meeting guests.  This takes place several times a day and helps to entertain guests in this section of the park that has no parade these days. You can join in the Hokey Pokey alongside Br’er Rabbit himself!

Big news at Hollywood Studios and Epcot this week as testing continues with a tiered Fast Pass+ for all Park guests.  If you are staying at a resort you will be able to book these FastPass+ selections ahead, but if you are a day visitor you will have to select that day after you enter the park and visit a FastPass+ kiosk.  There are also some CM’s with iPads ready to assist you.   I have a Premium Annual Pass that has been linked to My Disney Experience from participating in the testing at Animal Kingdom.  There is a small select number of Annual Passholders that were chosen to participate in the Magic Bands this week, but I am not one of them.  Annual Passholders that have parking included on their tickets will receive a MB and a gold card that identifies them and their benefits to the parking CM’s.  If the Passholder is seasonal or one without parking privileges, they will receive a black plastic card along with their MB to identify them as having to pay for parking.  The cards do not have the RFID technology so they cannot be scanned.  To see this program opened to all guests, we need to watch for it being extended to all Passholders and Florida residents, all day guests day of admission, and hopefully at some point Cast Members will be able to select FastPass+ times.

Epcot: Spice Road Table is officially open. However, even though the Dining Plan, Discounts through Annual Passholders, DVC, and Tables in Wonderland were promised by official opening, none of these have been established which would account for the low number of diners visiting the newest restaurant in World Showcase.  One word of caution: I returned for another meal and ordered the Peppered Shrimp dish again.  The shrimp was either not fully cooked, or somehow off and I was very sick by the time I walked around the showcase to Mexico.  Just check to make sure they are no longer translucent, anywhere.  I noticed this on a couple of the shrimp on top just on the very ends, but apparently it was important enough to send the dish back to have it fully cooked.  They were hot and tasted delicious not giving any other hint that something was off.

At Mitsukoshi department store in Japan you will find an increase in Pokémon X and Y products including some new large plushies in the window.  Pokémon X and Y are the newest video games for DS players and a very popular section of the Japanese store.

Downtown Disney is the center of much construction these days.  There are now several booms seen in the skyline around Downtown Disney.  Two are in the area of the first parking garage that is going up in front of West Side.  There is one in the back, actually on a barge, to begin work on Disney Springs.  There are more construction walls up near the Marketplace area of DD and the old Pleasure Island areas.  You can still walk between the sections and we can look forward to a causeway connecting the Marketplace area to the old Pleasure Island area where the bulk of Disney Springs will be constructed. The Disney Pin Trader has given up a wall that used to hold pins for the Memory Maker and Magic Bands accessories and apparel.  I think this should have gone into World of Disney rather than the Pin Trader because it was small enough already and should be dedicated to pins and pin trader, as the name states.

The Smokehouse is still doing a soft opening so hours are not guaranteed.  This is sure to be a very popular quick service dining location.  The Disney Food Trucks are still around, two near La Nouba and 2 near Bongos.  Two members of my family purchased the Lamb Meatballs Flatbread Sandwich and they loved it!  Service is quick and friendly so check them out.  They are only going to be located at Downtown Disney West Side from Wednesday through Sunday from 5PM to 11PM.  Other locations will be announced so stay tuned.  Check out these great Disney food trucks. If you want something from Hollywood Studios try the Superstar Catering truck.  If it is some food inspired by Animal Kingdom try the Namaste Café truck.  The World Showcase of Flavors brings back some favorites from the Epcot Food and Wine Festival. And the Fantasy Fare food truck brings flavors from Magic Kingdom and Hong Kong Disneyland.

The store known as Team Mickey at the Downtown Disney Marketplace is now closed and will reopen spring 2014 as a co-op of six unique shops that will be called Marketplace Co Op.  Expect to see Beautifully Disney-make-up, fragrances and accessories; Cherry Tree Lane-upscale accessories such as scarves, handbags, jewelry and shoes; D-Tech on Demand-accessories for tech gadgets that you will be able to personalize; Trophy Room-sports apparel and collectibles; Centerpiece-products for your home; Zoey and Pickles-upscale products with the latest fashion in mind. 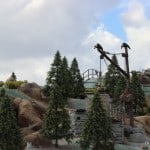 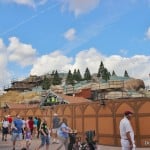 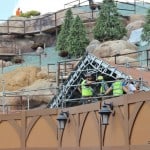 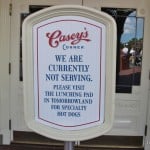 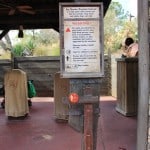 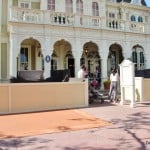 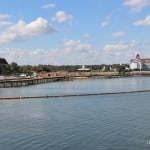 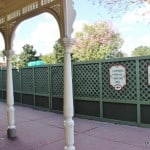 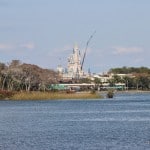 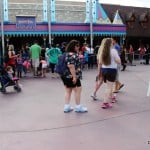 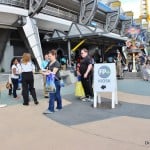 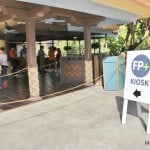 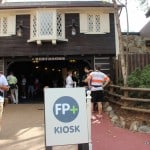 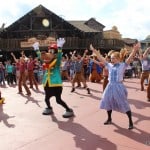 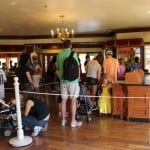 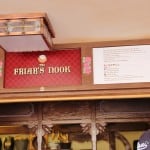 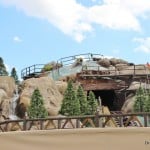 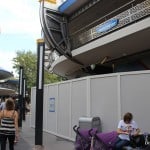 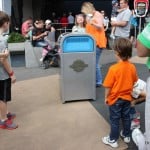 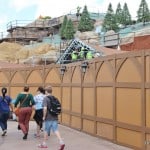 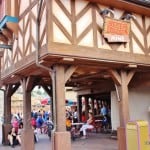 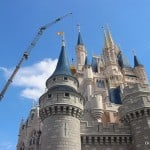 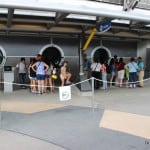 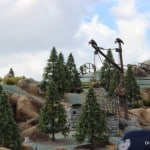 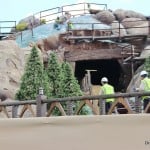 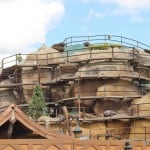