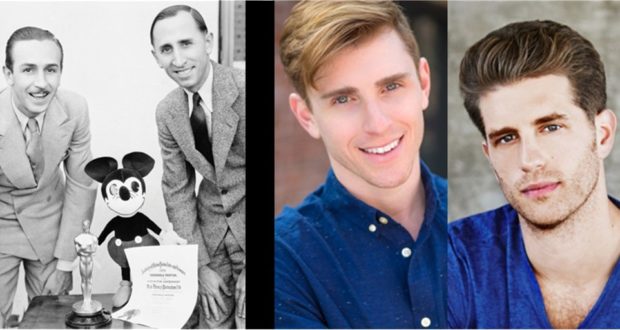 Two Disney brothers, Walt and Roy, are the very reason we get to enjoy all things Disney. From a rocky start to a Disney empire, Walt and Roy worked together to accomplish great things with The Walt Disney Company. We’ll have a chance to check out a new musical inspired by this duo called Walt and Roy, via a virtual performance on July 9th. The best part, ticket sales are being donated!

According to TheaterMania, Payson Lewis (The Sing-Off) and Jonah Platt (Wicked) will star in an online reading of the new musical Walt and Roy. The virtual performance will be on July 9 at 8pm ET, with all money received from ticket sales being donated to Broadway Cares/Equity Fights AIDS and Broadway for Racial Justice.

Written by Richard Allen and Taran Gray, Walt and Roy follows the brothers Disney from planting their roots in Los Angeles in 1923 to developing their film Snow White and the Seven Dwarfs in 1937. Lewis will play Walt Disney, and Platt will play Roy Disney. They previously starred together in the musical Bare.

Walt and Roy will be part of a four-night festival of Allen and Gray’s work, which also includes their musicals Legendary (July 7), Bayard (July 8), and Freedom Riders (July 10). Tickets are available for purchase here.