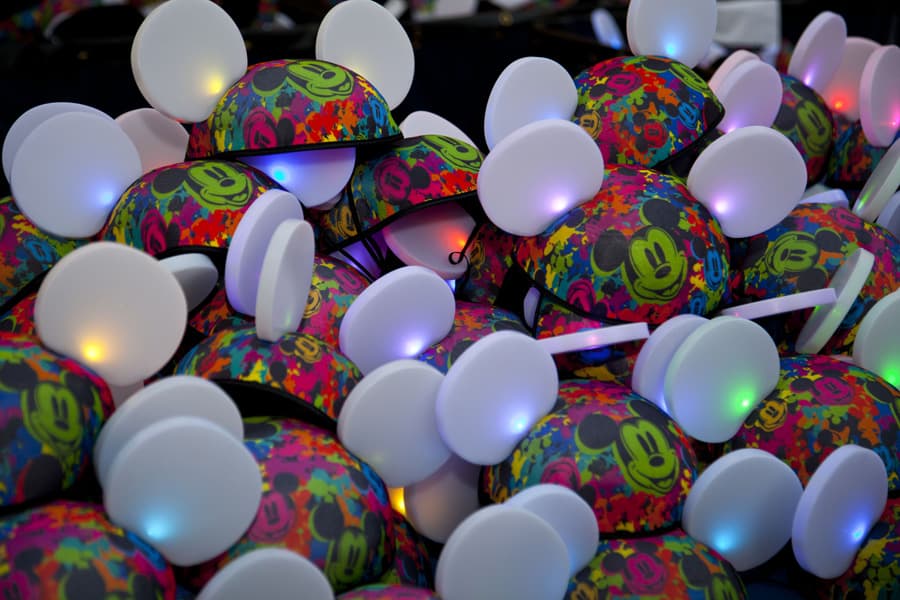 Disney announced that ‘Glow with the Show’ Ears are coming to Walt Disney World starting next month at Disney’s Hollywood Studios Fantasmic!

‘Glow with the Show’ ears are mouse ear hats with onboard electronics that light up in sync with a show to make the audience part of the effect.

They first debuted in Disneyland last year where they received rave reviews from guests.

The ‘Glow with the Show’ Mickey Ear hats will debut on Oct. 15 during the 15th anniversary of Fantasmic!

“They truly bring the show’s environment out of the lagoon and the sky, and into the audience in an amazing and dazzling new way, making our guests truly Glow With the Show,” said Dara Trujillo, manager of merchandise marketing, communication, synergy and integration, Walt Disney World Resort.

From October 19, Wishes and Celebrate the Magic will also make use of the hats. Later, the Osborne Family Spectacle of Dancing Lights and Holiday Wishes will join in.

You will be able to buy the hats for $25 from select stores at the Magic Kingdom and Disney’s Hollywood Studios.