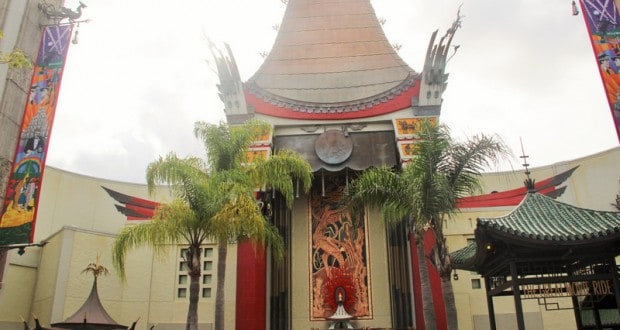 We have heard that there will be a new projection show tested at Walt Disney World tonight, March 26th.  It is very possible the show could be tested throughout the Memorial weekend, too. This new show is said to be called, “Disney Movie Magic!” and will be tested at Disney’s Hollywood Studios tonight.  It is expected to be performed at 9 PM just before Star Wars: A Galactic Spectacular is performed.  The new show was announced to guests at Disney’s Hollywood Studios today and is expected to feature live action films created by Disney.

Behind the Thrills reported the following line up of songs from sound testing that could be heard last night:

1 – Announcer: “Disney’s Hollywood Studios presents: Disney Movie Magic”
2 – Orchestra playing, “When You Wish Upon A Star”
3 – Walt’s voice
4 – Orchestra playing the prologue from Beauty and the Beast and “Tale as Old as Time”
5 – Pirates of the Caribbean
6 – Indiana Jones
7 – Guardians of the Galaxy (from how it sounded)
8: The Rocketeer
9: When You Wish Upon a Star

There have been no formal announcements about the show as far as expected performances and how long the show is expected to run at the park.  This is a great way to diversify the show from just a Star Wars show and give a special nod to the live action films that often don’t receive as much consideration at Disney as the animated films do.

What do you all think of a new projection show coming to Disney’s Hollywood Studios?  Who else can’t wait to see it?

Source Credit:  Behind the Thrills