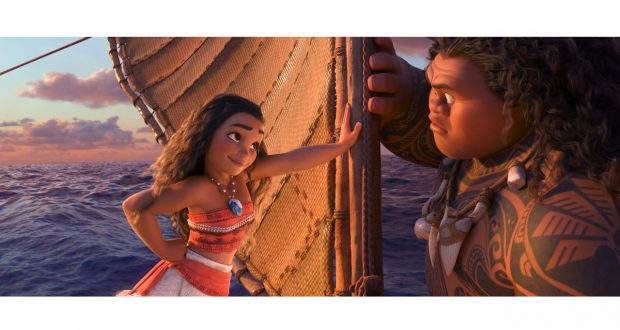 Moana is one of Disney’s newest animated female leading ladies in her title movie, Moana.  She has now started doing meet and greets at Disney’s Hollywood Studios.  You will be able to find her at the One Man’s Dream attraction meeting with guests for pictures and autographs.  It is always exciting when there are new meet and greets and we never know just how long they are going to last.

With all the changes going on and construction walls everywhere, Disney’s Hollywood Studios has earned the reputation of being a half day park. It’s a title that is undeserved, there’s still plenty to see and do once the sun goes down. All four parks are special once they’re lit up for the evening, and Disney’s Hollywood Studios is no exception. Here are seven things that you should experience after dark.

There’s no bad time to watch Muppet*Vision 3D. The movie rarely has a long wait, the theater is huge, and it’s air conditioned. That makes the middle of the day a great time to see it. After dark, though, can be even better. The lighting in Muppet Courtyard is perfect, the area seems to be even more animated after dark. Stop by and take a peek, even if you don’t plan on watching the movie. When you don’t want the day to end and decide to do one more thing before heading out, Muppet*Vision 3D can be the perfect choice. You’ll still be laughing as you leave the park.

The end of the day can be a great time to get pictures with those characters who had insane lines earlier. The wait for Woody and Buzz will still be crazy, but the other characters may not be quite as bad. Stop by Launch Bay and get those Star Wars character pictures because the die hard fans will have taken care of them hours earlier. You might also be able to catch Mickey and Minnie with a shorter wait at the end of the day. Check your Times Guide to see who is appearing and where. Not all characters will be around after dark.

There are dozens of different scenarios and ride combinations that you can experience on Star Tours. Chances are you missed something, no matter how many times you rode it during the day. The end of the day is a great time to finally visit Coruscant, or whichever destination you keep missing. Often the lines are fairly short at the end of the day, so you might have time to ride it more than once. Maybe Darth Vader will finally figure out that you’re a rebel spy, which will give you an excuse to buy one more t-shirt.

What better reason is there to stay late at Disney’s Hollywood Studios than to dine with Minnie, Mickey, Daisy, Donald, and Goofy? How about the fact that the theme changes seasonally? Minnie’s Seasonal Dining is held at Hollywood & Vine, and it’s a fantastic character meal. You’ll enjoy a buffet that features seasonal favorites, and you’ll get some great pictures with classic characters who are dressed for the time of year. Minnie’s Seasonal Dining is so much fun that you might want to plan your next vacation during a different season, so that you’ll be able to do it again.

What better time to experience Walt Disney World’s creepiest ride than after dark? There is just something special about the experience once the sun goes down. Allow yourself to really get into the story and imagine that you’re visiting the Hollywood Tower Hotel on that fateful night. Go ahead and ride Tower of Terror earlier in the day, but head back again once it’s dark. This might be a good use for your fourth FastPass+, or you could just take a chance on the line. It usually dies down somewhat later in the day.

There aren’t always fireworks at Disney’s Hollywood Studios, and when they do have them they sometimes change in theme. That said, if they are planned for the date you are going to be there, stay! There’s no such thing as a bad fireworks show at Walt Disney World, and you will want to experience whatever they have going on. Keep in mind that some rides and attractions may close early on a night when there is a fireworks show, and plan accordingly. Check to see if there is a fireworks dessert party the night that you will be there. Those who attend will enjoy delicious desserts and beverages, and then they’ll watch the fireworks from a reserved viewing area.

What better way to end a day at Walt Disney World than by seeing Mickey and dozens of other live Disney characters? How about throwing in water screens, boats, fire, music, lasers, and fireworks? Fantasmic! is the perfect way to end a perfect day. The show can be a bit scary for little ones, so reassure them that Mickey will be just fine. If there are two shows plan to attend the second one, if possible. The first show will be packed, and guests will be turned away. Good seats will be much easier to find if you don’t mind waiting for the later presentation.