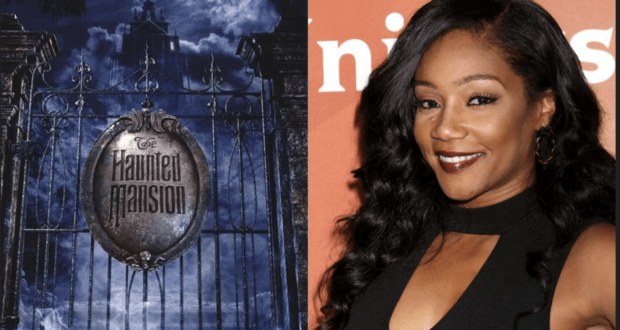 We have been waiting on more information regarding the making of a new film focused on the beloved attraction The Haunted Mansion. It has now been released that Disney is looking at Tiffany Haddish for a key role in the film. If cast, Haddish would play a character named Harriet, a psychic that is hired to speak with the spirits at the Haunted Mansion.

Along with the information regarding the cast, we also have learned that the plot will be focused around : “Gabbie, a single mother, and her young son [who] recently purchased a New Orleans estate [the Haunted Mansion] at auction only to discover it isn’t quite as empty as they expected.” “Gabbie hires a grieving widower who works as a ghost tour guide [Ben Matthias], a psychic [Harriet], a priest, and a local historian to exorcise the vengeful spirit from the Haunted Mansion.”

Little else has been confirmed about the film, but we are excited to see what Disney can do with bringing the classic ride to the big screen.