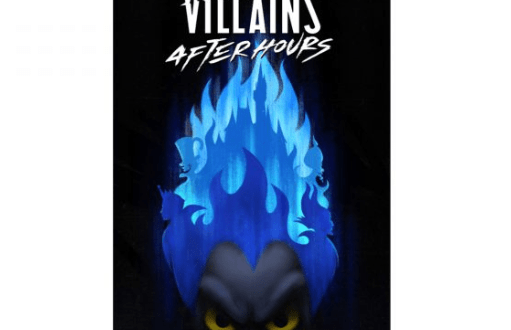 We previously announced that this summer there will be a new event offered at Magic Kingdom Park this summer.  The event is called Disney Villains After Hours.  It is a special ticketed event that will feature special Disney Villains entertainment.  The tickets go on sale very soon and Disney Parks Blog debuted a look at some of the new art for the event, featuring Hades.  Hades will be one of the stars for the event and will appear in the new Villains Unite the Night stage show.

Here is a synopsis of what guests can expect during the event:

Hades and Meg from “Hercules” will set the castle stage ablaze in this all-new stage show, Villains Unite the Night, which will also feature appearances by Jafar, The Queen, Dr. Facilier and Maleficent. And that’s not all. Guests will also be able to take advantage of low wait times on over 20 popular Magic Kingdom Park attractions for 3 hours after the park closes, experience villainous attraction enhancements, spot Maleficent the Dragon breathe fire as she creeps through the park for the very first time at night,  and purchase new logo merchandise, as well as items from a curated collection of the best Disney Villains merchandise available!

Who plans to buy tickets to the Disney Villains After Hours event?