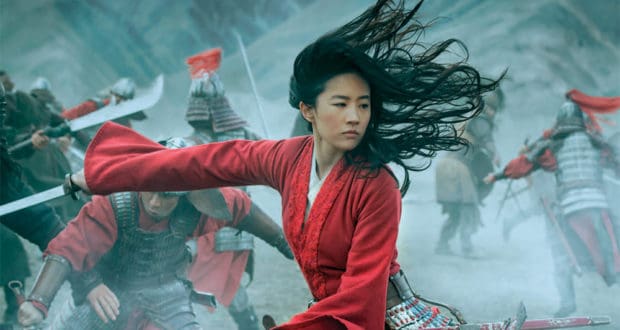 Not so great news for Disney today as numbers from the China box office debut this past weekend of the live-action remake, Mulan, are well below what was hoped for.

As previously shared, Disney admitted backlash over filming Mulan in Xinjiang has “generated a lot of issues”. On top of delaying the debut of the film due to COVID-19, several theaters in China are still closed or have limited capacity amidst the pandemic which plays an intricate part of box office success. It seems the $200 million movie wasn’t able to pull out the success it was created for.

As shared by CNN: According to the studio, the live-action remake of the 1998 animated classic brought in an estimated $23.2 million opening in China this weekend. To put that number into context, “The Lion King,” another live-action remake of a Disney animated film, opened to $54 million in the country last year, according to Comscore (SCOR). The film also brought in less money than Warner Bros.’ “Tenet,” which opened to roughly $30 million in China last weekend. “Mulan” has made roughly $38 million internationally overall so far.

Mulan is available on Disney+ for $29.99 with Disney+ Premier Access. Have you watched the movie yet? What are your thoughts?