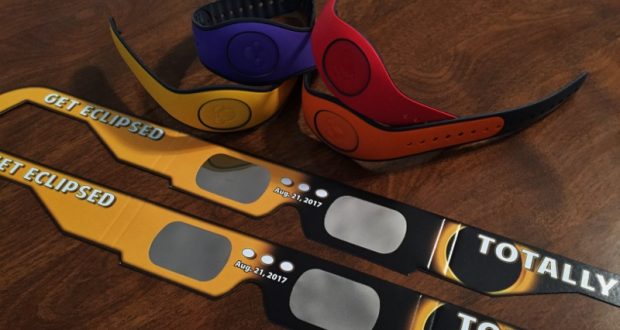 Monday’s Eclipse Is Bringing About Changes at Walt Disney World

On Monday, August 21, an event that is being called the Great American Solar Eclipse will take place. It will be the first total eclipse experienced in the United States in decades. While Central Florida is not in the path of the total eclipse, the sun will be blocked about 85% in the area. It is expected to start around 1:15pm, and end at approximately 4:30pm. Because of the eclipse, Walt Disney World is making the following changes for Monday only.

Tom Sawyer Island will close at the Magic Kingdom at 2:00, and it will remain closed for the rest of the day. No other changes are expected at the Magic Kingdom, including the running of Disney’s Festival of Fantasy Parade, which will take place at 2:00, weather permitting.

Epcot and Disney’s Hollywood Studios will operate as normal. At Disney’s Animal Kingdom, the animal trails will close before the beginning of the eclipse, but they are expected to reopen once the event is over. Remember that animals tend to think that an eclipse is nighttime, and they usually sleep through it.

Part of Disney’s Blizzard Beach, which does not have additional lighting, will close as necessary. There will be activities and entertainment taking place in the beach area, and lights will be brought in. Guests can also take a direct bus to Disney’s Typhoon Lagoon, which has additional lighting and will operate as normal. The direct bus will be available 1:30pm-2:45pm.

The only announced precaution at any of the Walt Disney World Resorts is at Disney’s Grand Floridan Resort and Spa. The marina will not open at all on Monday, but will resume normal operations the next day.

Remember to not look directly at the eclipse without NASA-approved protective eyewear. Sunglasses will not protect your eyes.