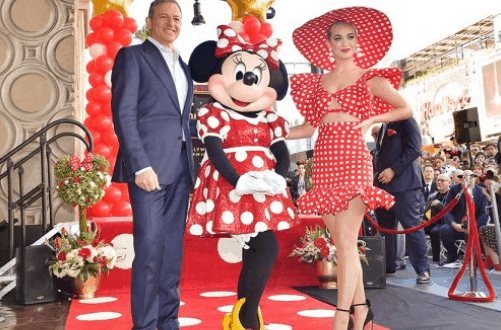 We announced previously that our lovable Minnie Mouse would receive her very own star on the Hollywood Walk of fame in celebration of her 90th anniversary.  The dedication ceremony happened today in Hollywood, California.  There was a big send off at Walt Disney World that was aired via a live stream on Disney Parks Blog yesterday.  Bob Iger and Katy Perry were the ones that presented the honor to Minnie in front of El Capitan Theatre. Bob Iger had this to say, “Minnie Mouse has been a star and a fashion icon since she first burst onto the scene in the groundbreaking animated classic, ‘Steamboat Willie. The star of more than 70 movies during her illustrious career, Minnie has entertained millions of people around the world, touching hearts and bringing joy wherever she goes. We’re thrilled to see her cultural influence and many achievements recognized with her very own star on the Hollywood Walk of Fame.”

Before Minnie left for Hollywood to receive her well-earned star, she was given a grand sendoff from Walt Disney World.  Many guests celebrated “Rock the Dots” by wearing polka dot accessories and clothing.  There was also a red carpet walk for Minnie and a ride through the park on a red and white polka dot car with Mickey Mouse.  She also visited Disney Springs before leaving to greet guests over there. 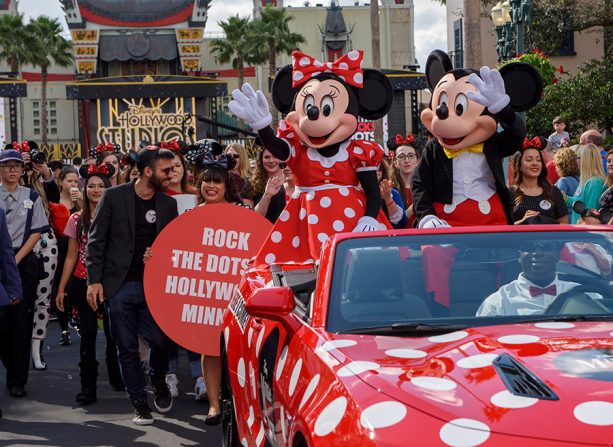 Here is a video of the ceremony that took place in Hollywood:

Congratulations to Minnie Mouse on this amazing accomplishment!