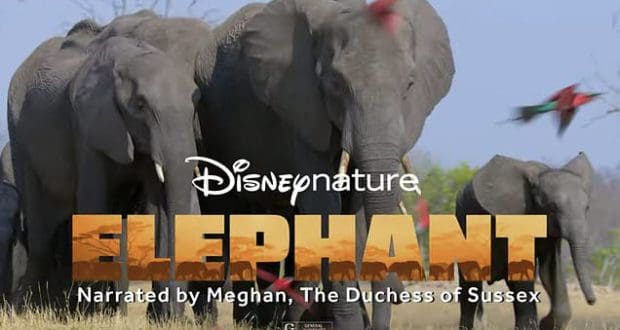 Meghan Markle, the famous Duchess of Sussex, is returning to her acting career more than three years after her last piece of showbiz. See the details below as shared by the New York Post:

More than three years after quitting her acting career for love, former “Suits” star Meghan Markle is back in the showbiz saddle again.

A new trailer dropped by Disneynature confirms that the 38-year-old, who married Britain’s Prince Harry in May 2018, will narrate the upcoming documentary “Elephant,” due to livestream on Disney+ beginning April 3.

Mother of one Markle, who is joining her husband in turning their backs on royal life effective Tuesday, accepted and recorded the gig with Disney before the couple’s decision to break ranks from the Windsor family in favor of Megxit. Despite taking leave of her official royal duties, the film studio still hypes Markle as the Duchess of Sussex in the new promo clip.

The plot of “Elephant” revolves around African pachyderm Shani and her rambunctious son, Jomo, as their herd makes a pilgrimage hundreds of miles across the Kalahari Desert.

They are led by their indomitable matriarch, Gaia, and face hardships along the way as they follow in the footsteps of their ancestors on a mission to reach a lush, green paradise. The challenges they face include brutal heat, dwindling resources and threats from predators.

Proceeds from the film will benefit Elephants Without Borders, a charity believed to be close to Meghan and Harry’s hearts.

It’s not the first time that Disneynature has partnered with A-list celebrities. Meryl Streep and Morgan Freeman have voiced different projects, with profits similarly aiding organizations supporting wildlife and conservation.