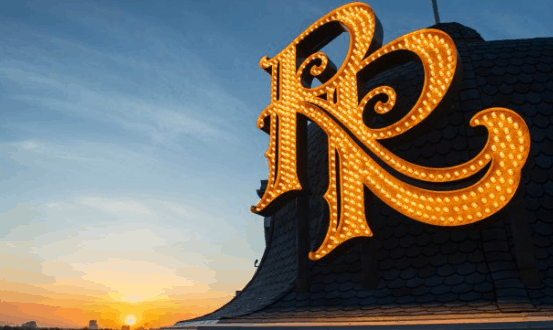 On Tuesday, September 24 I was part of a media group that was invited to learn more about Disney’s Riviera Resort. We did not actually step foot onto the new property, we instead toured the models that are located in the Disney Vacation Club Preview Center. Still, what we saw was quite impressive. Of course I would expect nothing less from Walt Disney World.

Disney’s Riviera Resort is expected to open on December 16, and reservations are already being accepted. This is the first stand alone hotel added to Walt Disney World since Disney’s Art of Animation Resort opened in 2012. It is also the first standalone DVC property since Disney’s Saratoga Springs Resort opened in 2004! Even though Disney’s Riviera Resort will be a Disney Vacation Club property, you do not need to be a DVC member in order to stay there.

We started with a tour of the two models. We saw a one bedroom unit and a studio. The rooms are adjoining, so an even larger space can be created. Both featured extra beds that can be pulled directly out of the wall. You won’t need to remove sofa cushions and find a place to keep them! There are extra touches as well, including plenty of storage space, and both outlets and USB ports next to the beds so you can charge your phone without leaving it across the room. Both units had a washer and dryer. The one bedroom had a full kitchen, while the studio had a kitchenette.

Disney’s Riviera Resort will feature both the French and Italian Riviera regions, and there are touches that portray that. One thing that you might notice when you first see the resort in the distance is the giant “RR” on the building. This can also be found in other places throughout the new resort. If you’re traveling along the Riviera in Europe, many of the hotels have their initials in giant letters for all of the passersby to see. Disney has recreated that feel.

Just because you are visiting the Riviera does not mean that you will not still be at Walt Disney World. There are Hidden Mickeys everywhere! You will find some that are not so subtle, and others that blend in perfectly. Minnie does not want to be left out, so there are also Hidden Minnies to be found. Another way that the Disney touch is felt upon the rooms is in the artwork. It has the feel of artists from the Riviera, but when you look closer you will discover Disney characters or nods to Disney classics. Again, some of these are more subtle than others.

Once open, Disney’s Riviera Resort will have approximately 300 units. That includes 24 units that are going to be Tower Studio units. Those are special rooms in the hotel’s tower that will offer great views. Since they are studios, they will be perfect for smaller groups.

Of course we can’t talk about a Walt Disney World resort hotel without mentioning the food. We saw some of the dishes, and were able to sample some of the breakfast items. Topolino’s Terrace – Flavors of the Riviera will be a signature restaurant that features the flavors of both France and Italy. There will be rooftop dining, and you will be able to see the fireworks from both Epcot and Disney’s Hollywood Studios. The word “Topolino” is Italian for “Mickey Mouse”. Breakfast will be a character meal. At dinner you might want to choose from the extensive wine list, and enjoy meat or seafood that was prepared over a wood-burning grill. There will also be plenty of pasta dishes. In the lobby there will be a cafe called Le Petit Cafe. Other dining options will include Primo Piatto, which will have grab and go choices, and the pool bar Bar Riva.

At the end of the session we learned from some of the people who have been working on the project. One of the most important parts of any Walt Disney World property is the pool areas. Riviera Pool will be the main pool, and it will feature a two story slide. The younger members of your party will want to spend hours at S’il Vous Play. That will be a water play area that is based on Fantasia.

One final thing that I want to mention about Disney’s Riviera Resort that you might not know. It is located on the route for the Disney Skyliner. That will make it easy to get around. The Skyliner station for Disney’s Riviera Resort is not yet up and running, but it will be by the time the new resort officially opens in December.

If you would like to learn more about Disney’s Riviera Resort or see the model for yourself, all that you need to do is to head to the Disney Vacation Club Preview Center. That is located at Disney’s Saratoga Springs Resort. You will then be able to get a better idea of what the rooms will look like, and someone will be able to answer all of your questions. I know that I am excited to see the resort. If it is anything like the preview, it is going to be incredible.