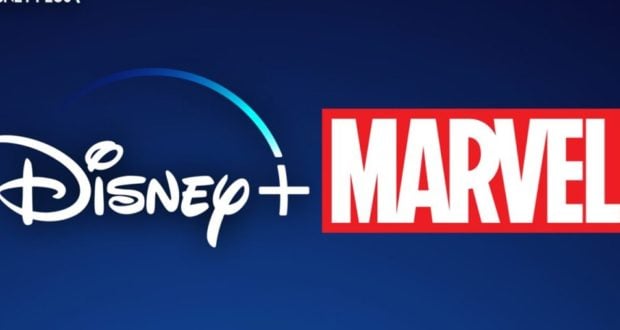 Marvel Fans Get Ready: Everything Marvel Coming to Disney+ Here For You

Marvel fans have so much to look forward to in 2021 as we get ready with 5 brand new live-action series coming Disney+ as well as new animated series and big movies. Take a look at what is scheduled to come out in 2021 and get your popcorn ready.

WandaVision, launching on Disney+ on January 15, 2021, is Marvel Studios’ first series that continues to expand the MCU. Wanda Maximoff and Vision are two super-powered beings are living idealized suburban lives, but begin to suspect everything is not as it seems. Starring Elizabeth Olsen, Paul Bettany, Kathryn Hahn, Teyonah Parris, Kat Dennings and Randall Park, WandaVision is directed by Matt Shakman; Jac Shaeffer is head writer.

The Falcon and The Winter Soldier

The Falcon and The Winter Soldier, kicking off on Disney+ March 19th, 2021, is a new series starring Anthony Mackie as Sam Wilson aka The Falcon, and Sebastian Stan as Bucky Barnes aka The Winter Soldier. The pair, who came together in the final moments of “Avengers: Endgame,” team up on a global adventure that tests their abilities—and their patience. Directed by Kari Skogland with Malcolm Spellman serving as head writer, the six-episode series also stars Daniel Brühl as Baron Zemo, Emily VanCamp as Sharon Carter, and Wyatt Russell as John Walker.

Loki is set to debut on Disney+ in May 2021 featuring the God of Mischief as he steps out of his brother’s shadow in a new series that takes place after the events of “Avengers: Endgame.” Tom Hiddleston returns as the title character, joined by Owen Wilson, Gugu Mbatha-Raw, Sophia Di Martino, Wunmi Mosaku and Richard E. Grant. Kate Herron directs Loki, and Michael Waldron is head writer.

What If…? flips the script on the MCU, reimagining famous events from the films in unexpected ways. Coming to Disney+ in Summer 2021, Marvel Studios’ first animated series focuses on different heroes from the MCU, featuring a voice cast that includes a host of stars who reprise their roles. The series is directed by Bryan Andrews; Ashley Bradley is head writer.

Ms. Marvel, launching on Disney+ in late 2021, is a new series that introduces Kamala Khan—a 16-year-old Pakistani-American growing up in Jersey City. A great student, an avid gamer and a voracious fan-fiction scribe, she has a special affinity for superheroes, particularly Captain Marvel. But Kamala struggles to fit in at home and at school—that is, until she gets super powers like the heroes she’s always looked up to. Life is easier with super powers, right? Iman Vellani stars as Kamala Khan aka Ms. Marvel; the cast also includes Aramis Knight, Saagar Shaikh, Rish Shah, Zenobia Shroff, Mohan Kapur, Matt Lintz, Yasmeen Fletcher, Laith Naki, Azher Usman, Travina Springer and Nimra Bucha. Episodes are directed by Adil El Arbi & Bilall Fallah, Meera Menon and Sharmeen Obaid-Chinoy.

Marvel Studios: Legends is a new series that will showcase individual characters viewers have come to know and love over the years and revisit some of their most iconic moments. Marvel Studios: Legends kicks off by highlighting Wanda Maximoff and Vision, the two stars of WandaVision, and their interconnected path across the MCU that led them both here.

Coming to Disney+ on January 8th

Marvel Studios’ “Shang-Chi and The Legend of The Ten Rings” stars Simu Liu as Shang-Chi, who must confront the past he thought he left behind when he is drawn into the web of the mysterious Ten Rings organization. The film also stars Tony Leung as Wenwu, Awkwafina as Shang-Chi’s friend Katy and Michelle Yeoh as Jiang Nan, as well as Fala Chen, Meng’er Zhang, Florian Munteanu and Ronny Chieng.

“Shang-Chi and The Legend of The Ten Rings” is directed by Destin Daniel Cretton from a screenplay written by David Callaham, Cretton and Andrew Lanham. It is produced by Kevin Feige and Jonathan Schwartz, with Louis D’Esposito, Victoria Alonso and Charles Newirth serving as executive producers.

Directed by Chloé Zhao, Marvel Studios’ “Eternals” welcomes an exciting new team of Super Heroes to the Marvel Cinematic Universe. The epic story, spanning thousands of years, features a group of immortal heroes forced out of the shadows to reunite against mankind’s oldest enemy, The Deviants.

These are just the ones that we know about, we are sure there will be so much more announced as we head into the 2021 year. What are you the most excited to see from the Marvel world?