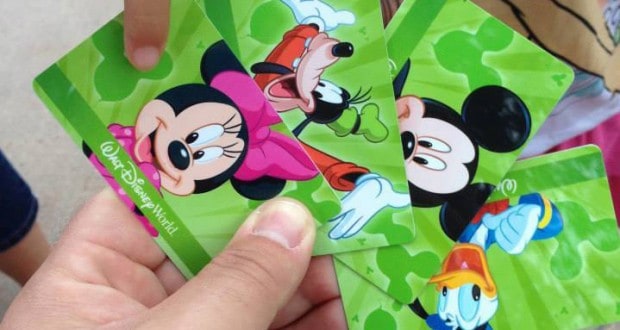 This is not yet confirmed by Disney. However, we have found WDW News Today and Doctor Disney to be incredibly reliable news sources

Both are reporting that a massive change in Walt Disney World Tickets prices is imminent.

Tons of rumors have been circulating about this move and multiple park guests have confirmed being a part of Disney Park surveys about said changes.

Expect a formal announcement from Disney that Disneyland ticket pricing will be switching to a new tiered system very soon.

But wait, there is more. It looks as if tiered ticket pricing is indeed coming to both Disneyland and Walt Disney World. Other ticket price increases are expected to be announced as well.

It is expected that the ticket price increase for both Walt Disney World and Disneyland is going to be happening on Sunday. The increase will happen on all length and forms of Disney tickets and that includes annual passes.

If the seasonal pricing goes into effect, one-day tickets will be available in three forms:

We don’t yet know how the pricing will differ or what times of year will fall into which of the three seasons.

Walt Disney World Resort is home to the most popular theme parks in the world, and the crowds are expected to increase in the near future. In 2016 a new Frozen ride and meet and greet are set to open at Epcot, a nighttime show will debut at Disney’s Animal Kingdom, and the work on Disney Springs will finish.

Down the road there will be a Star Wars Land and a Toy Story Land added to Disney’s Hollywood Studios, and work continues on Pandora – The World of Avatar at Disney’s Animal Kingdom.

Record setting crowds have been flocking to Central Florida, and the tourist influx is only expected to grow. The tiered system, if it goes into effect, is supposed to be a way to cut down on the crowds during the busiest times of the year. It will also, in theory, make more people want to travel during the slower seasons.

2016-02-26
Rick Killingsworth
Previous: 7 Reasons You Will Love Staying Near Disney’s Epcot
Next: 8 Stunning Facts About the Magic Kingdom at Walt Disney World